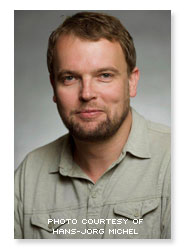 Tomasz Konieczny launched his international career as Alberich at the Vienna State Opera to which he returns regularly singing rôles including Mandryka (Arabella), Jokanaan (Salome), Wotan (Die Walküre), and Amfortas (Parsifal) among others.

Since 2006 he has been a member of the Düsseldorf/Duisburg Deutsche Oper am Rhein where his repertoire includes the major Wagner and Strauss rôles.

He is also much in demand in the concert hall where his repertoire includes Bach’s St Matthew Passion and Christmas Oratorio, Handel’s Messiah, Mendelssohn’s Elijah, the Requiems of Mozart and Verdi, Beethoven’s Symphony No 9, Dvořák’s Stabat Mater, Martinů’s Field Mass, Penderecki’s St Luke Passion and Symphony No 7 and Maciejewski’s Missa Pro Defunctis. In 2012 he made his United States début as Pizarro in concert performances of Fidelio with the National Symphony Orchestra of Washington conducted by Christoph Eschenbach.