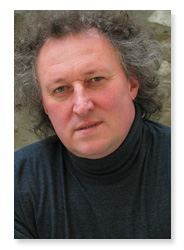 Janusz Monarcha was born in Poland, studied at the University of Music in Wrocław and won several singing competitions.

He was first engaged at the Wrocław Opera House. In 1986 he joined the Vienna Chamber Opera, and a year later became an ensemble member of the Volksoper.

He has often appeared with the Warsaw Philharmonic, and in 2010 took part in a concert performance of Norma under the baton of Antoni Wit.

He leads summer masterclasses for young singers, and since 2011 has acted as artistic director of the Słupsk classical music festival Charlotta Classica (Poland).