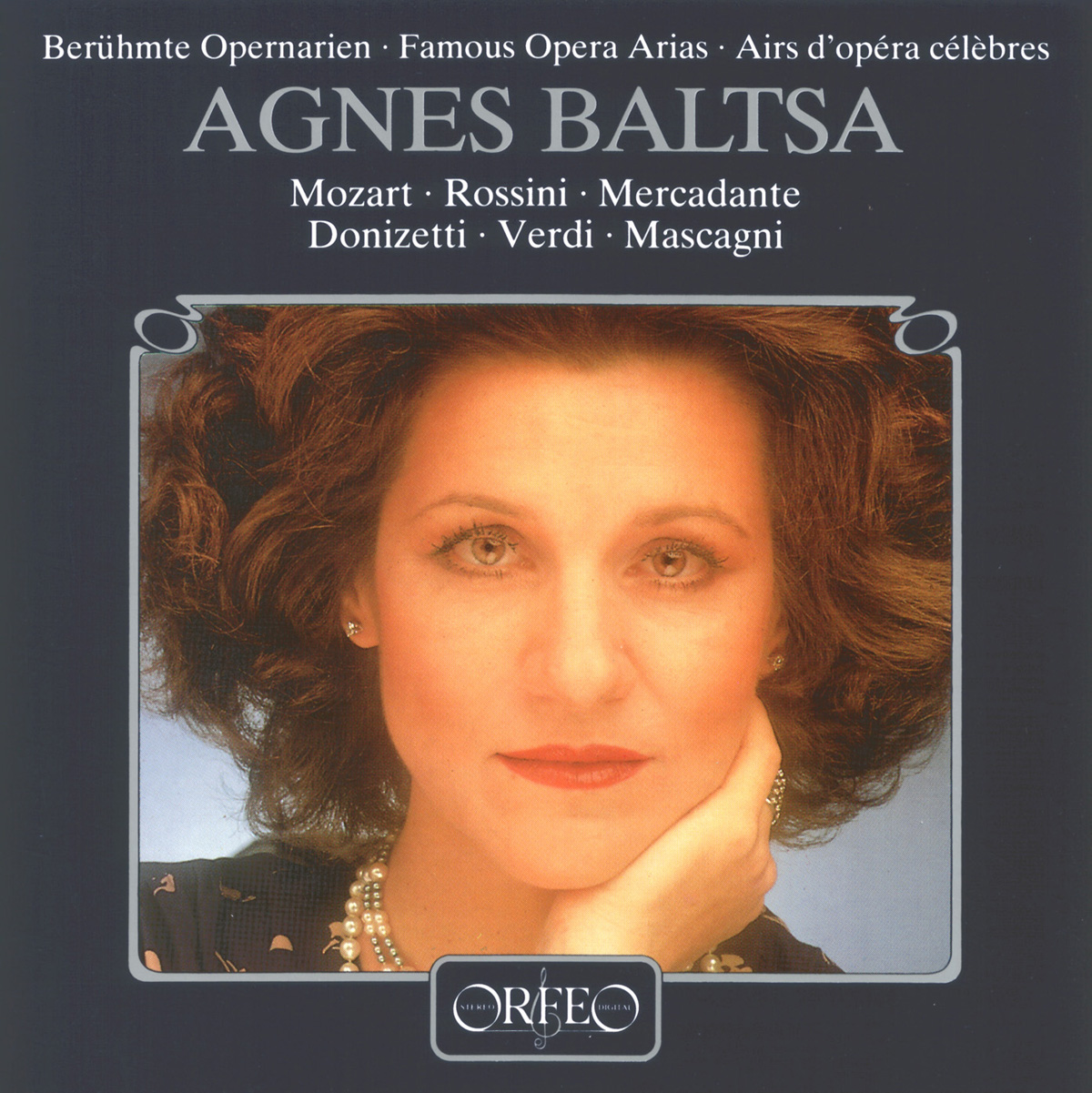 Agnes Baltsa is a renowned Greek Mezzo-Soprano. She was born on the 19th of November 1944 in the Ionian Island of Lefkada. She began playing piano at the age of six. However, in 1958 she moved to Athens and began concentrating on her singing. In 1965, she graduated from the conservatory and this was followed by Maria Callas scholarship conferred upon her so that she could continue her studies in Munich, Germany. She made her debut as Cherubino in the play, The Marriage of Figaro, which was staged at the Frankfurt Opera in 1968.

In 1970, she performed at the Vienna State Opera in a play called the Octavian. This play was the turning point in her career as a soprano, as it won her tremendous critical acclaim and from then on she began performances in leading opera houses all across the globe. Some of the eminent operas, which staged her performance, were the Deutsche Oper Berlin. There were several operas all around the world where she performed, including the Metropolitan Opera in New York, the Bavarian State Opera (Muchen), Covent Garden, the Paris Opera, etc.

Her enthralling performance of a role sung with Jose Carreras won her fame and made her the most coveted Soprano. After that, she tried out new roles like Fedora (Giordano), Herodiade (Massenet) and Fides (La Prophete, Meyerbeer) at the Vienna State Opera and each time she outperformed many prominent Soprano contemporaries. In 1999 at Wiener Festwochen, she sang Orlofski (Fledermaus, Strauss), a role she had given up playing for a long time. In February 2000 at the Zurich Opera, alongside Cecilia Bartoli, she performed Despina in the play Cosi fan Tutte.

This performance was repeated in the tour in Japan undertaken by the Vienna State Opera. This was due to a request made by the organizers to Baltsa to sing the role since her performance of the same role in 1985 was a huge success. The star-studded cast of Ariadne included artists like Edita Gruberova and Cheryl Studer. The entire performance was conducted by Giuseppe Sinopoli. It was not known why she did not sing at the Vienna State Opera season in 2000-2001, which has been the custom for 30 years.

In 2001 she declined the offer to sing the much-coveted role of Lady Macbeth (Verdi) in Zurich in July 2001, but in the same year in March, she successfully performed the role of Kundry (Parsifal) at the Teatro Real (Madrid). At the Vienna State Opera in 2002, she also sang the role of Kostelnicka in Janacek's Jenufa and also throughout 2001-2002 she sang in L'Italiana in Algeri (Isabella) and Carmen.

She became the Kammersangerin at the Vienna state opera in 1980. Since 1988 she has been an honorary of Vienna Opera House. She made a full-length motion picture named Duett. She played the role of an Opera singer in this picture. It was in 1991 that she last recorded duets with Jose Carreras and since then, unfortunately, Agnes Baltsa has not made any studio recordings.