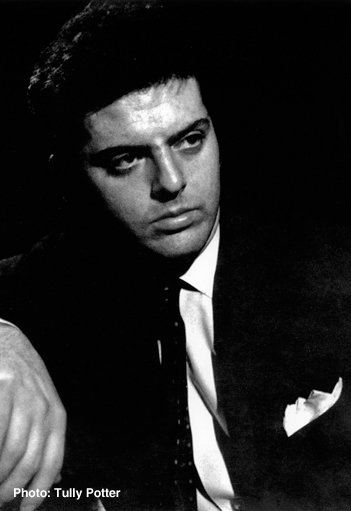 The only child of musical parents, Barenboim studied first with his mother, then with his father. After his debut in Buenos Aires at the age of seven, his parents (descendants of Russian Jews from Odessa) decided to move to Israel. On the way, they stopped at Salzburg where ten-year-old Daniel played and conducted at the Mozarteum. In the mid-1950s he studied in Europe for three consecutive summers: conducting with Igor Markevitch in Salzburg; composition with Nadia Boulanger in Paris; violin, composition and theory at the Accademia di Santa Cecilia in Rome; and conducting with Carlo Zecchi in Siena. Interestingly, he did not study piano with anyone after the tuition from his father.

Barenboim played in Europe in 1955 and made his London debut the following year at the Royal Festival Hall, playing Mozart’s Piano Concerto in A major K. 488 with Josef Krips; Barenboim was fourteen years old. When he made his American debut at Carnegie Hall with Leopold Stokowski he was already under contract to concert agent Sol Hurok through the intervention of Arthur Rubinstein. From the age of seventeen Barenboim had a full-time career as a pianist. During the 1960s he frequently appeared in Britain, where he played and directed the complete Mozart piano concertos with the English Chamber Orchestra. He repeated this feat in New York and Paris and in 1965 toured the Soviet Union. In 1972 he premièred a piano concerto by Alexander Goehr at the Brighton Festival.

Although he had conducted from the beginning of his career, Barenboim now began to focus more on this activity, being appointed chief conductor of the Orchestre de Paris in 1975. He has also played a great deal of chamber music, particularly with his first wife, the cellist Jacqueline du Pré, and has worked with the baritone Dietrich Fischer-Dieskau. Barenboim is foremost an interpreter of Beethoven and has played all the piano sonatas and concertos many times in performance cycles. He also favours Mozart, Bach and Liszt, and his style, although individualistic, can at times be likened to pianists of the past in its sweep, grandeur and individuality.

As a young man, Barenboim recorded all the Beethoven sonatas for HMV in 1969 and again for Deutsche Grammophon in 1983. He recorded the Beethoven piano concertos in 1967 at the age of twenty-five with one of the great conductors of the twentieth century, Otto Klemperer, and in 1975 he took up the baton to conduct these works with Arthur Rubinstein as pianist. Still in 1967, he recorded both Brahms concertos with Sir John Barbirolli. The late 1960s also saw Barenboim recording the complete Mozart piano concertos, directing the English Chamber Orchestra from the keyboard.

As an interpreter of Liszt, Barenboim has a passion and colouristic approach to the music that is ideal. In 1992 he performed Liszt’s rarely heard ‘Dante’ Symphony with the Berlin Philharmonic Orchestra and delivered a performance that is immediately convincing. The filler on the compact disc is of the ‘Dante’ Sonata from Liszt’s Années de pèlerinage and this sounds as if it was recorded in a single take, a fact referred to in many Barenboim reviews. ‘Improvisatory, impulsive and full of extreme contrasts, Barenboim’s ‘Dante’ Sonata is vividly pictorial (with almost orchestral colourings)… This is, in a word, riveting.’

Barenboim is one of the few present-day pianists who understands the heritage of the pianists of the past: ‘I think that the old pianists were able to read the score, in the profound sense of the word, much better than many piano-players of today, in the sense that they were not satisfied with just seeing the letter ‘p’ in piano, or where the ‘c’ of the word crescendo was written. It’s basically the relativity, piano in relation to what? To what comes before and what comes afterwards. Well, all this is not in the score. And all that area, which is actually the area of music-making, was a totally natural phenomenon for all these pianists, regardless of where they came from and what school they came from. The bible for them was sound, and not the printed page.’

Supremely talented and confident of his abilities in every respect, Barenboim is a natural musician for whom playing the piano is as natural as breathing.