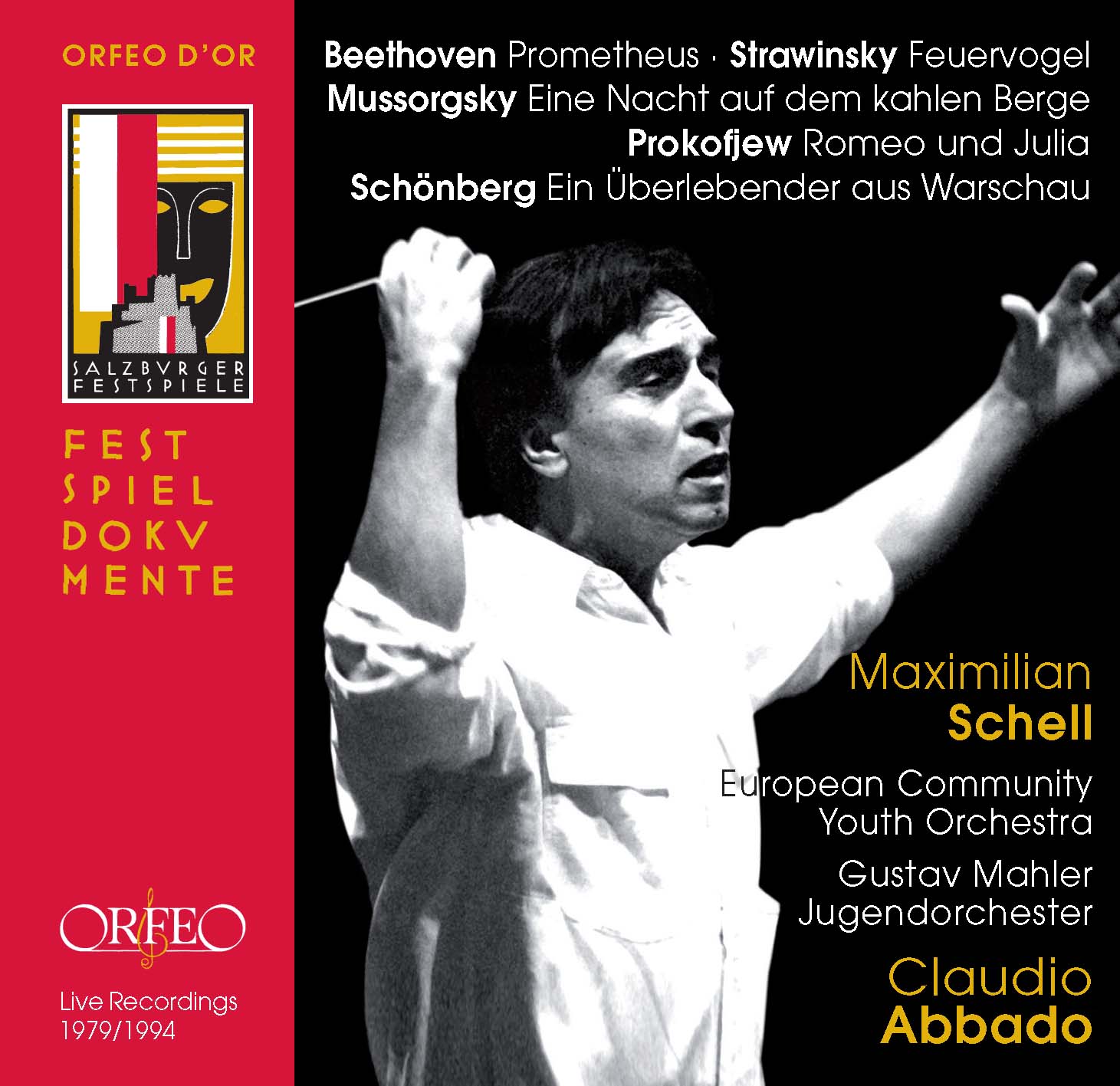 Claudio Abbado studied the piano with his father Michelangelo Abbado at the Milan Conservatory, as well as conducting and composition. After leaving the conservatory in 1955 he went on to study conducting with Hans Swarowsky at the Vienna Academy of Music. Throughout this period he was active as a singer in choirs, a key experience. In 1958 he won the Koussevitzky Conducting Competition at Tanglewood in the USA. He worked at the Parma Conservatory before making his début at La Scala, Milan in 1960 as part of the Scarlatti tercentenary celebrations. In 1963 he won the first prize in the Mitropoulos Conducting Competition in New York, an event that proved to be a major turning point in the development of his career. Herbert von Karajan offered him the opportunity to conduct at the Salzburg Festival and in 1965 he made his début there with the Vienna Philharmonic Orchestra, conducting Gustav Mahler’s Symphony No 2 ‘Resurrection’.

Following his Salzburg début Abbado conducted in the same year the world première of Manzoni’s opera Atomtod at La Scala. In 1966 he conducted the Berlin Philharmonic Orchestra for the first time, and a year later he made his début in the Vienna Philharmonic Orchestra’s distinguished subscription concert series in Vienna. In 1967 he was also given the honour of opening the season at La Scala, Milan, conducting a new production of Bellini’s I Capuleti e i Montecchi. In 1968 his career moved ahead decisively: he returned to the Salzburg Festival to conduct Il barbiere di Siviglia and was appointed chief conductor at La Scala, a post he held until 1986.

At La Scala Abbado conducted both the traditional operatic repertoire as well as contemporary works, and founded the Orchestra della Scala for the presentation of a series of orchestral concerts. Working closely with illustrious contemporaries including the composer Luigi Nono, the stage director Giorgio Strehler, and the pianist Maurizio Pollini, he introduced many innovations such as public rehearsals, and factory and educational concerts. In so doing Abbado not only developed the repertoire of La Scala, he also considerably extended the public which it served. In 1975 he conducted the first performance of Nono’s opera Al gran sole carico d’amore, and in 1988 the première of Wolfgang Rihm’s Die Abreise.

In 1979 Abbado was appointed chief conductor of the London Symphony Orchestra with whom he made a number of distinguished recordings, including a complete cycle of the symphonies of Mendelssohn. Between 1986 and 1991 he was chief conductor of the Vienna State Opera. As in Milan, so here too he enriched the repertory considerably, with productions of Schubert’s Fierrabras, Rossini’s Il viaggio a Reims and Mussorgsky’s Khovanshchina. In 1987 he was appointed general music director of the City of Vienna, and the following year he founded the music festival Wien Modern, an annual event that expanded to encompass all aspects of contemporary cultural activity.

In 1989 Abbado’s career took a further decisive step forward when he succeeded Herbert von Karajan as the music director of the Berlin Philharmonic Orchestra, a post that he held until the end of the 2001–2002 concert season. As with his previous appointments in Milan and Vienna, Abbado brought new ideas to Berlin. In the planning of concert programmes contemporary music assumed a major position alongside the Classical and Romantic repertoire. Annual thematic cycles were developed in which a single theme was examined in depth: for example, the legend of Faust, the influence of Greek antiquity, and Shakespeare in music. With the cellist Natalia Gutman he inaugurated the Berliner Begegnungen (‘Berlin Encounters’), as part of the annual Berlin Festival, where experienced musicians worked with young instrumentalists in both classical and contemporary chamber music works.

Abbado always took a keen interest in music education. He had been responsible for the foundation of two major youth orchestras, the European Union Youth Orchestra and the Gustav Mahler Youth Orchestra. He was also closely involved with the Chamber Orchestra of Europe, acting as its artistic adviser. Following the creation of an international composers’ competition in Vienna, he expanded the Salzburg Easter Festival, of which he became artistic director in 1994, to include prizes for composition as well as for the visual arts and literature. He was awarded numerous honours including the Bundesverdienstkreuz, Federal Germany’s highest civilian honour, the Légion d’honneur from the French Ministry of Culture, and the Gran Croce, Italy’s highest honour. In 1973 the Vienna Philharmonic Orchestra awarded him its Ring of Honour, followed by the Golden Nicolai Medal in 1980. In 1985 the International Gustav Mahler Society presented him with its gold medal in recognition of his service to the music of Gustav Mahler.

Claudio Abbado is without question one of the major conductors to have emerged following the earlier generation of maestri epitomised by Karajan and Furtwängler. Like them, he was equally at home in the pit of the opera house and on the podium of the concert hall. His interpretations are notable for their acute fidelity to the score, combined with an animated vitality that gave them a great sense of life. He possessed a keen musical sensibility, and used this to develop imaginative programme concepts that took account of neglected repertoire as well as the established canon of masterpieces. His recorded repertoire is very large and includes cycles of the symphonic works of Beethoven, Mahler, Mendelssohn, Schubert, Ravel and Tchaikovsky. His operatic recordings include outstanding readings of several of the major Verdi works, including Don Carlos, Macbeth, Simon Boccanegra, Un ballo in maschera and Aida, as well as landmark accounts of Mussorgsky’s Boris Godunov, Khovanshchina and Rossini’s Il viaggio a Reims. Abbado’s concern for stylistic fidelity and for instrumental accuracy had occasionally made his interpretations seemed less highly-drawn than those of his immediate predecessors and more flamboyant contemporaries, yet his intense musicality and precise musical observation had also resulted in performances of the greatest conviction, especially in the field of opera, where he is undoubtedly one of the finest conductors of the twentieth century.