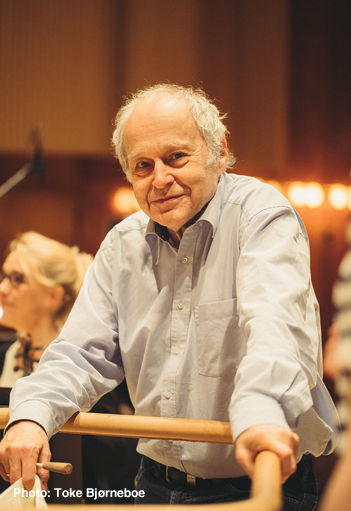 The Hungarian-born conductor Ádám Fischer qualified from the academy of music in Budapest, with further studies in Vienna. He is much in demand within both the opera and concert repertoire and has cooperated with a great number of leading international concert halls and opera houses, including the Vienna State Opera, La Scala, the Metropolitan Opera as well as orchestras such as the Vienna Philharmonic, the London Philharmonic Orchestra and the Berlin Philharmonic Orchestra.

Ádám Fischer has been associated with the Danish Chamber Orchestra since 1997, from 1998 with the title of chief conductor, and remains a major driving force and initiator both in Denmark and internationally.

In 2019, he received the international Wolf Prize, was nominated Conductor of the Year by Presto Classical in the UK and received an Orchestral Award from BBC Music Magazine for the recording of Mahler’s First Symphony with the Düsseldorf Symphony Orchestra.

When awarding the Lifetime Achievement Award 2022 ICMA, the jury stated the following motivation:

For decades Ádám Fischer has enriched the discographic catalogues with mostly complete recordings of symphonists like Haydn, Mozart, Beethoven or Mahler as well as selected operas. His interpretations, always full of character, display tonal refinement and a broad spectrum of colour as well as striking tempos, drama and clarity. In particular, his many interpretations of 18th-century repertoire enable the listeners to experience new views. Ádám Fischer always stands for artistic alternatives in the best sense.