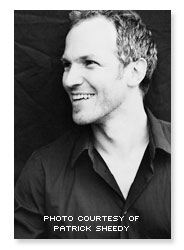 Michael Hofstetter began his career as a conductor in Wiesbaden and as general music director in Giessen. He was professor at the University of Mainz and from 2005 principal conductor of the Ludwigsburg Schlossfestspiele, the profile of which he brought to wider notice through recordings, including works by Salieri, Gluck and Hasse. He has undertaken engagements at the Salzburg Festival, the Handel Festival at Karlsruhe, and at the Munich, Berlin, Stuttgart and Hamburg State Operas, Welsh National Opera and Houston Grand Opera. His recordings have appeared on Orfeo, Oehms Classics, Sony and Deutsche Grammophon. His 2011 performance of Hasse’s Didone abbandonata won him the title Conductor of the Year from Opernwelt.