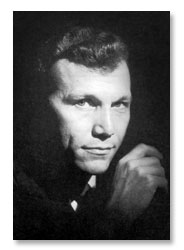 Prêtre studied initially at the Douai Conservatoire, before moving to Paris where he entered the Paris Conservatoire and took first prize for trumpet in 1944. He also studied harmony with Henri Challon and Maurice Duruflé before turning to the study of conducting, for which his teachers were André Cluytens, Pierre Dervaux and Richard Blareau. Having familiarised himself with the operatic repertoire by sitting through numerous performances in the orchestra pits of both the Paris Opera and Opéra-Comique, Paris, Prêtre spent his formative years as a conductor working in the provincial opera houses of France, where the French tradition of operatic and operetta performance was arguably stronger than in the capital. He made his début as a conductor in Marseilles in 1946 directing Lalo’s Le Roi d’Ys, and subsequently worked at Lille (1948) and Casablanca (1949–1951), before spending four years at the Capitol in Toulouse from 1951 to 1955.

In 1956 Prêtre made his Paris début conducting the first performance in that city of Richard Strauss’s Capriccio at the Opéra-Comique; this was extremely successful and he was invited to become the Opéra-Comique’s chief conductor (1956–1959). The preferred conductor of Francis Poulenc, Prêtre conducted the first performances of his opera La voix humaine in 1959 (in Paris at the Opéra-Comique), and of the Gloria in 1961 (in Boston). He was a regular conductor at the Paris Opera from 1959 onwards, holding the post of chief conductor there between 1966 and 1971. By this time his international career was well under way: he made his American début at the Chicago Lyric Opera in 1959, followed by his first appearances at the Royal Opera House, Covent Garden in 1961, the Metropolitan Opera, New York, in 1964 and La Scala, Milan, with which he became particularly closely associated, in 1965. Immediately following the death of its founder Sir Thomas Beecham in 1961, Prêtre was associate conductor of the Royal Philharmonic Orchestra between 1962 and 1963, touring America with this orchestra during the latter year. Prêtre worked closely with the opera singer Maria Callas towards the end of her career: for EMI he recorded Bizet’s Carmen and Puccini’s Tosca with Callas singing both the title roles, and in addition he conducted for her in the opera house and concert hall.

Prêtre remained active as an international guest conductor, appearing regularly with first-rank orchestras such as those of Berlin, Boston, Chicago, London and Vienna, as well as with the principal orchestras of France. Between 1986 and 1991 he served as chief guest conductor of the Vienna Symphony Orchestra, of which he is an honorary conductor for life, and from 1996 as chief guest conductor of the Stuttgart Radio Symphony Orchestra; the German record company Hänssler has published a number of notable recordings of Prêtre conducting this orchestra. To mark the re-opening of the Théâtre des Champs-Elysées in 1988, Prêtre conducted a concert performance of Berlioz’s opera Benvenuto Cellini; and in 1990 he led the first concert to be given at the Bastille Opera House in Paris. He returned to the Opéra-Comique to conduct Debussy’s Pelléas et Mélisande in 1998, and in the same year toured Japan with the Orchestre de Paris. During the following year he conducted several concerts at both the Théâtre des Champs-Elysées and Opéra Garnier to mark the one hundredth anniversary of the birth of Francis Poulenc. He was made an Officier of the Légion d’honneur in 1984 and also an Italian Commendatore.

In both the opera house and concert hall, Prêtre’s interpretations were notable for their full-blooded and highly romantic character; in style they were often different from those of French conductors of the previous generation. He was an effective conductor not only of the French repertoire but also of the music of Italy and Germany, a fact reflected by the admiration in which he was held in both the latter countries. A highly experienced and polished recording artist, Prêtre had many years’ experience of working in the studio. His discography was large. Especially important were his recordings of the music of Poulenc: these included idiomatic accounts of the Concerto for Organ, Strings and Timpani, the Concert Champêtre, the Piano Concerto, the Concerto for Two Pianos, Aubade, and the opera La voix humaine, with Denise Duval as the central protagonist of this moving work; and the choral works Sécheresses, Sept répons de ténèbres, the Gloria and Stabat Mater. A video recording has been released of Prêtre in 1981 leading Offenbach’s Les Contes d’Hoffmann at the Royal Opera House, Covent Garden; this contains many shots of his dynamic style of conducting on the podium.