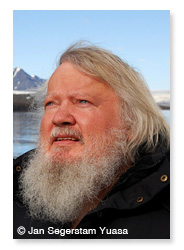 Born in 1944, Leif Segerstam is recognised internationally as a conductor, composer, violinist and pianist. He studied at the Sibelius Academy, Helsinki and The Juilliard School. He is chief conductor emeritus of the Helsinki Philharmonic Orchestra, and holds honorary titles with the Malmö Opera, the Danish National Radio Symphony Orchestra, the Staatsphilharmonie Rheinland-Pfalz and the Turku Philharmonic Orchestra. He has also been chief conductor of the Austrian and Finnish Radio Symphony Orchestras plus the Royal Swedish Opera and director of the Finnish National Opera. He has conducted most of the world’s most prestigious orchestras and was one of the most important ambassadors for Sibelius’s 2015 anniversary year. Segerstam began his conducting career in the opera houses of Helsinki, Stockholm and Berlin, and has made guest appearances at international opera houses and festivals.

His many recordings have been critically acclaimed and feature works by contemporary composers as well as the complete symphonies of Mahler, Sibelius and Nielsen among many others. Segerstam is a voracious composer, notably developing a free-pulsative style in Rosenkranz form for his later symphonies which are performed without conductor. He was professor of conducting at the Sibelius Academy, Helsinki for many years. Segerstam was awarded the 1999 Nordic Council Music Prize and the Swedish Cultural Foundation’s Prize for Music in 2003. In 2004 he was given the annual Finnish State Prize for Music and in 2005 the Sibelius Medal.