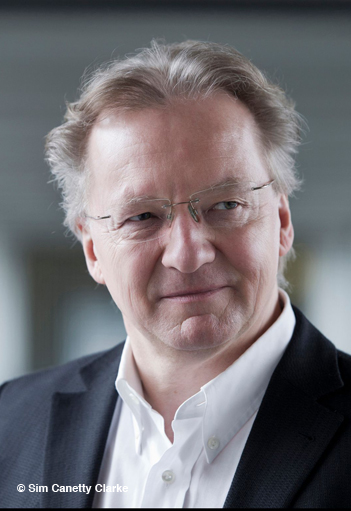 Friedrich Haider, an Austrian conductor with Italian ancestry, trained at the Vienna Academy of Music. At the age of 29 he was appointed as music director of the Opera national du Rhin, Strasbourg. With a repertoire of some 70 operas, he has appeared at leading European opera houses in Vienna, Munich, Berlin, Stuttgart, Hamburg, Barcelona, Amsterdam and Venice. In 2006 he made his debut with the Metropolitan Opera in New York with Rigoletto.

He has conducted the London Symphony Orchestra, Czech Philharmonic and the Camerata Salzburg, among others. From 2004 to 2010 he was principal conductor of the Oviedo Filarmonia, and in 2017 he was appointed chief conductor of the Musicae Antiquae Collegium Varsoviense, Poland’s most renowned period instrument orchestra, with whom he has performed Mozart’s Die Zauberflöte, Così fan tutte, Don Giovanni and Bach’s St Matthew Passion.

Haider is an ardent champion of the music of Ermanno Wolf-Ferrari. He has recorded the composer’s complete orchestral works, his a cappella choral works, Geistliches Mysterium ‘Talitha Kumi’, and the operas Il segreto di Susanna and I gioielli della Madonna.