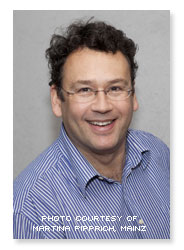 Born in Hamburg, the baritone Hans Christoph Begemann has a reputation particularly as a singer of Lieder, with a repertoire of over 300 Schubert songs. He won notable praise from the New York press for his recording of orchestral songs by Hans Pfitzner and has presented Liederabend for South West German Radio, including a performance of Die Winterreise. He has given guest performances at the Kissinger Summer, the Rheingau Festival and at the Lucerne Festival, where he gave the first performance of an orchestral song by Wolfgang Rihm. He has appeared in many German opera houses, singing Wolfram in Tannhäuser at Darmstadt, and at the Finnish National Opera in Saariaho’s L’amour de loin, directed by Peter Sellars. His recordings include Nicolai’s Il templario and the title rôle in Bruch’s Arminius. He teaches at the Hochschule für Musik, Mainz.