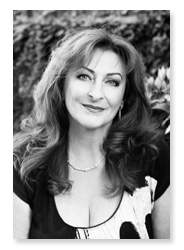 Adriana Kohútková was born in Bratislava, Slovakia. After graduating she made her professional debut at the Slovak National Theatre. She has performed a varied repertoire, and appeared at many prestigious opera houses including the Oper der Stadt Bonn, the Grand Théâtre de Genève, the Tonhalle, Zürich and the National Theatre, Prague, where she made her debut as Elisabeth in Don Carlo.

Kohútková has won several awards, including for the roles of Desdemona and Jenůfa. Besides her opera career, Kohútková performs regularly in recitals throughout the world with conductors such as Sylvain Cambreling, Manfred Honeck and Christoph von Dohnányi.