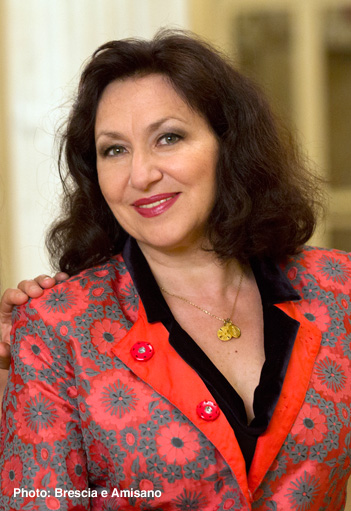 Krassimira Stoyanova was born in Bulgaria and studied singing and violin at the Music University in Plovdiv. In 1995 she made her début at the Sofia National Opera. She started her international career at the Vienna State Opera, where she is now a frequent guest, having been awarded the title “Kammersängerin” in 2009.

She appears at major opera houses throughout Europe, at the New York Metropolitan Opera and Chicago Lyric Opera in principal soprano rôles, and enjoys a parallel career in the concert hall.

She has a number of recordings, on both CD and DVD, to her credit.