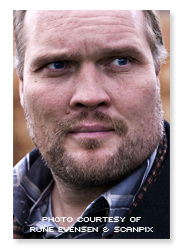 Copenhagen-born Stephen Milling trained at the Royal Danish Academy of Music before joining the Royal Danish Opera in 1994 as a principal bass where he debuted a number of roles now central to his repertoire.

Hailed as one of the world’s foremost interpreters of Wagner repertoire, he enjoys an ongoing collaboration with some of today’s leading conductors, singing the roles of Hagen, Gurnemanz, Hunding, König Marke and Daland. Other roles include Philip II in Don Carlos, Rocco in Fidelio, Padre Guardiano in La forza del destino, Sparafucile in Rigoletto and Sarastro in Die Zauberflöte. He made his debut with the Berliner Philharmoniker in Verdi’s Requiem under Mariss Jansons, and features on several audio and DVD recordings including Berlioz’s Les Troyens with the London Symphony Orchestra under the baton of Sir Colin Davis.