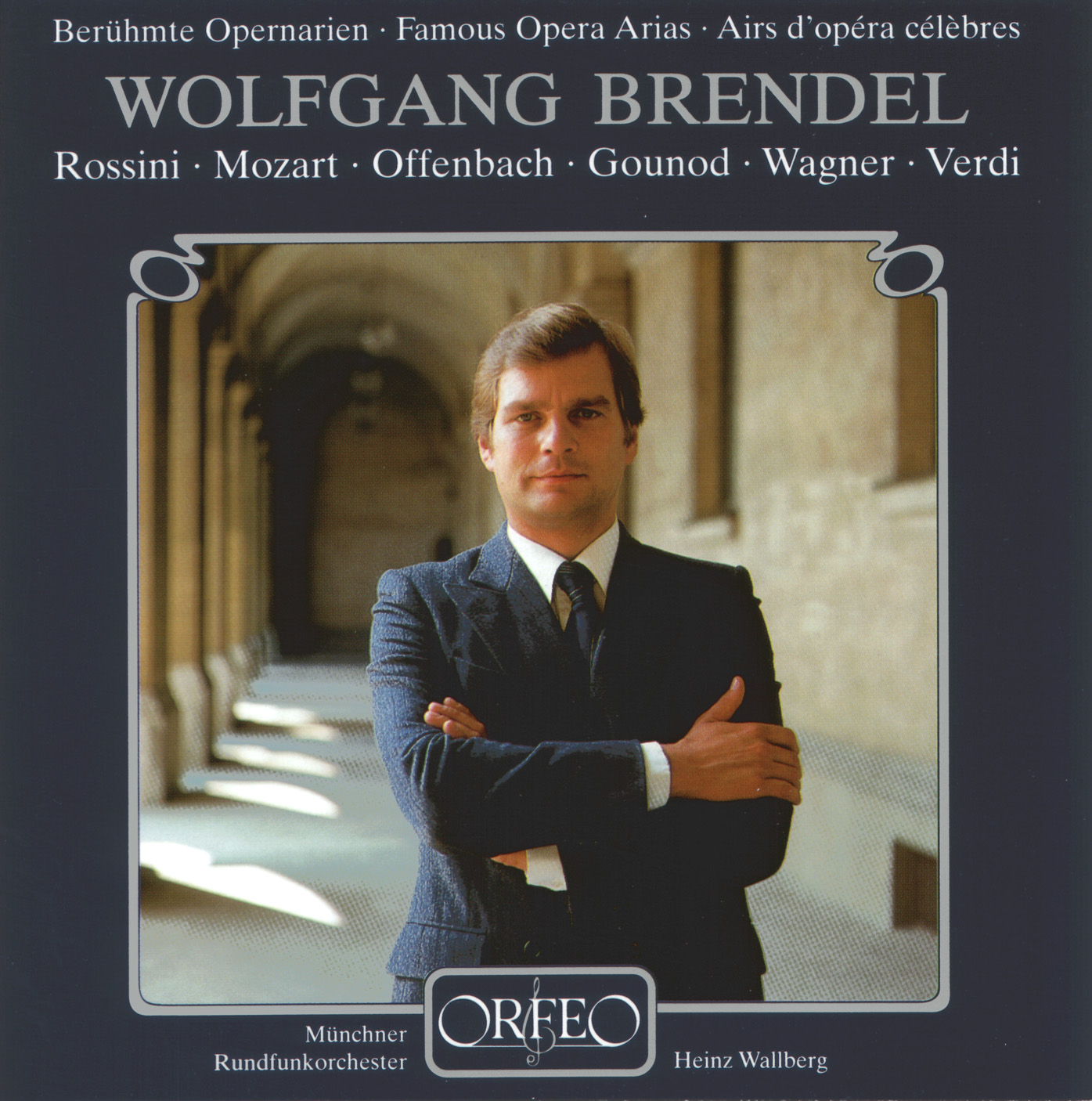 Wolfgang Brendel is widely viewed as one of the greatest baritones of his generation — starting with his debut at the Bavarian State Opera at the behest of the legendary conductor Carlos Kleiber. Brendel sang the greatest roles of opera — from Mozart's Count Almaviva to Wagner’s Hans Sachs — on the international stages of the world to consistent acclaim, not only for his matinee-idol flair but for the penetrating artistry that enabled him to make these complex roles his own. For most of his performing career, his artistic home was the Bavarian State Opera in Munich, where he was closely associated with Kleiber and Wolfgang Sawallisch, and where he became the youngest Kammersänger in the history of the company in 1977. But he was also a regular guest at the Metropolitan Opera (where he made his debut at the age of 27), the San Francisco Opera, Chicago Lyric Opera, Deutsche Oper Berlin, and La Scala. Brendel’s achievements in opera have been recognized by numerous organizations including the German government, who awarded him the Order of Merit of the Federal Republic for his outstanding service to the arts.

Brendel established his primacy as the star Munich baritone of his era across an extraordinary range of roles, from Mozart (Guglielmo in Così fan tutte, Count Almaviva in Le nozze di Figaro, Papageno in Die Zauberflöte, and the title role in Don Giovanni) to Verdi (Germont in La traviata, Posa in Don Carlo, Renato in Un ballo in maschera, Carlo in La forza del destino, and di Luna in Il trovatore) and beyond. He rose to early acclaim in the role of Pelléas in a new production of Debussy’s Pelléas et Mélisande, led by the legendary Jean-Pierre Ponelle. Of his breakout performance, critics praised him as “A discovery: the 25-year-old Munich baritone as Pelléas, a Gallic figure with that lightness and brightness of timbre that predestines him for a part that is usually sung by tenors.”

As his career blossomed to international stardom, Brendel displayed a special affinity for the heavier German repertoire of Wagner and Strauss. He began his Wagnerian career with Wolfram von Eschenbach in Tannhäuser; Over the years he would take on heavier Wagner roles including Amfortas in Parsifal, Kurwenal in Tristan und Isolde, Holländer in Der fliegende Holländer, and Hans Sachs in Die Meistersinger von Nürnberg, what would later become known as one of his signature roles. In the repertoire of Richard Strauss, he is perhaps most closely associated with the roles of Mandryka in Arabella and Barak in Die Frau ohne Schatten, both of which he performed regularly at the Met. He has also performed the Music Master in Ariadne auf Naxos, Orest in Elektra, the Count in Capriccio, and Altair in Die ägyptische Helena. In his review of Brendel's Barak in a production of Die Frau ohne Schatten in 2001, Paul Griffiths captures the essence of the baritone in so many of his roles: "Wolfgang Brendel is extraordinarily resourceful. With his subtle control of color and phrasing, he can suggest a man fiercely resolute, tired or ironically self-dismissive, yet always good and trustworthy. He sings with melodious ease: the entire part comes across as the man's natural mode of expression."

This artistry, and this career, rest on a sound understanding of vocal technique, established when he was a student of Rolff Sartorius at the conservatory in Wiesbaden and developed over a career spent singing with other major international stars including Jose Carreras, Luciano Pavarotti, Mirella Freni, Leontyne Price, Lucia Popp, Placido Domingo, and Giacomo Aragallamong others. As a teacher, Herr Brendel has had tremendous success in passing that technique on to students at the Munich Hochschule für Musik und Theater and, since 2011, at the Jacobs School of Music at Indiana University, where he holds the position of Professor of Practice.