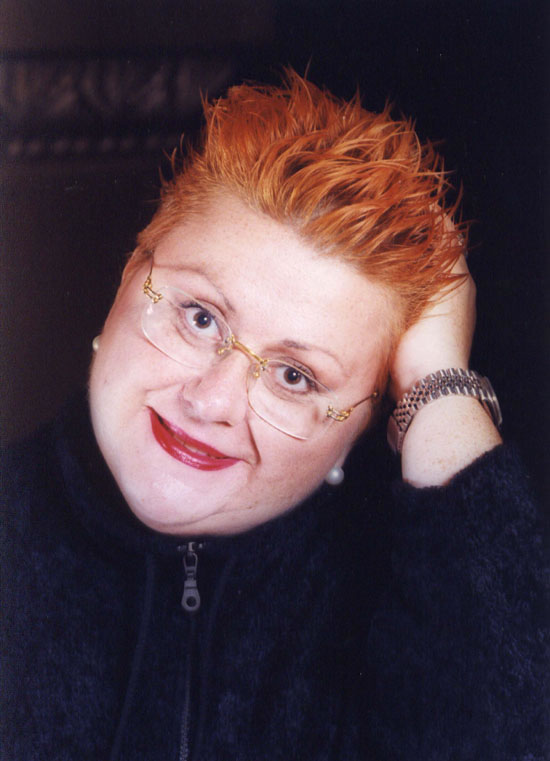 Mara Zampieri, soprano, was born in Padua in 1951. She received her musical training at the Padua Conservatoire, ‘C. Pollini’ in her hometown. The winner of prestigious international awards, including the Beniamino Gigli of Macerata, the Giuseppe Verdi of Parma and the AS.LI.CO of Milan, she made her debut in 1972 at the Fraschini Theatre in Pavia.

She began her career with performances at the major Italian theatres in Rome, Trieste, Palermo, Naples, Bologna, Catania, and Milan, where she appeared at the Teatro alla Scala in Il Trovatore, Don Carlo, I Masnadieri, Il Ballo in Maschera (conducted by Claudio Abbado and broadcast internationally)  and in 1991 in La Fanciulla del West with Placido Domingo. Since 1976 she has appeared at the opera houses of Europe: London. Berlin, Hamburg, Munich, Brussels, Paris, Lisbon, Zurich, Madrid, Barcelona and Vienna.

Her repertoire includes over fifty works (of which 21 are roles in operas by Verdi) ranging from Gluck to R. Strauss. While favouring the bel canto repertoire (Anna Bolena, Maria Stuarda, Roberto Devereux, Belisario, Il Pirata, Norma etc.) she also fits perfectly into the roles of Puccini’s great heroines (Tosca, Manon Lescaut, La Fanciulla del West, Il Trittico, Le Villi) and yet again as Wally, Adriana Lecouvreur, Francesca da Rimini, Fedora and Salome (she was the first Italian performer to sing to the original German libretto of Strauss’s opera in Vienna). She has sung in San Francisco, New York, San Paulo, Buenos Aires, Tokyo, conducted by such great names as Sinopoli, Oren, Maazel, Muti, Ozawa and Abbado under the direction of Ronconi, Faggioni and Zeffirelli.
She lent her voice to the parts of Teresa Stolz in the film "La vita di Verdi" by Castellani, and Ildebranda Cuffari in the film "E la nave va" by Federico Fellini.

In 1990, after her first acclaimed Liederabend in Munich, she dedicated herself to chamber music with a pianoforte accompaniment.  Five years later she started a trio with pianoforte and cello, and was invited to perform at the major international festivals: Graz, Villach, Bratislava, Zagreb, Bregenz, Hamburg, Athens, Zurich, Vienna (Musikverein and Konzerthaus) and Eisenstadt (Haydn Festspielen). Her repertoire of chamber music (both with the trio and with the pianoforte alone) ranges from classical composers: Mozart, Brahms, Mercadante, Donizetti and Proch, to the twentieth century, with Menotti, Ned Rorem and others. In 2004 she recorded a new CD entitled Novecento italiano, rare songs, in which she collected what are for her the most significant songs by 20th century Italian composers such as Cilea, Respighi, Pizzetti, Petrassi, Menotti etc.

She has received numerous musical awards including the Gold Medal from the Italian Red Cross, The Medalha de Mérito Cultural from Portugal. Moreover, she is  Kammersängerin and "Ehrenmitglied der Wiener Staatsoper" (Honorary Member of the Vienna Opera House). She has recently founded the cultural association, Musicaincanto in Padua, whose aims include making twentieth-century Italian music better known, and discovering and training talented young singers.

In 2003 she inaugurated the Festival do Estoril in Lisbon and the Symphonic Season in Prague (Smetana Saal) with two concerts dedicated to Hector Berlioz on the bicentenary of his birth.
After her debut as Senta in Der Fliegende Holländer in Berlin, she gave her first concert performances of Morte di Isotta from Tristan und Isolde and of the Wesendonk Lieder by Wagner (Malaga, June 2004: Cervantes Theatre, Malaga Philharmonic Orchestra, conducted by Alexander Rahabari)