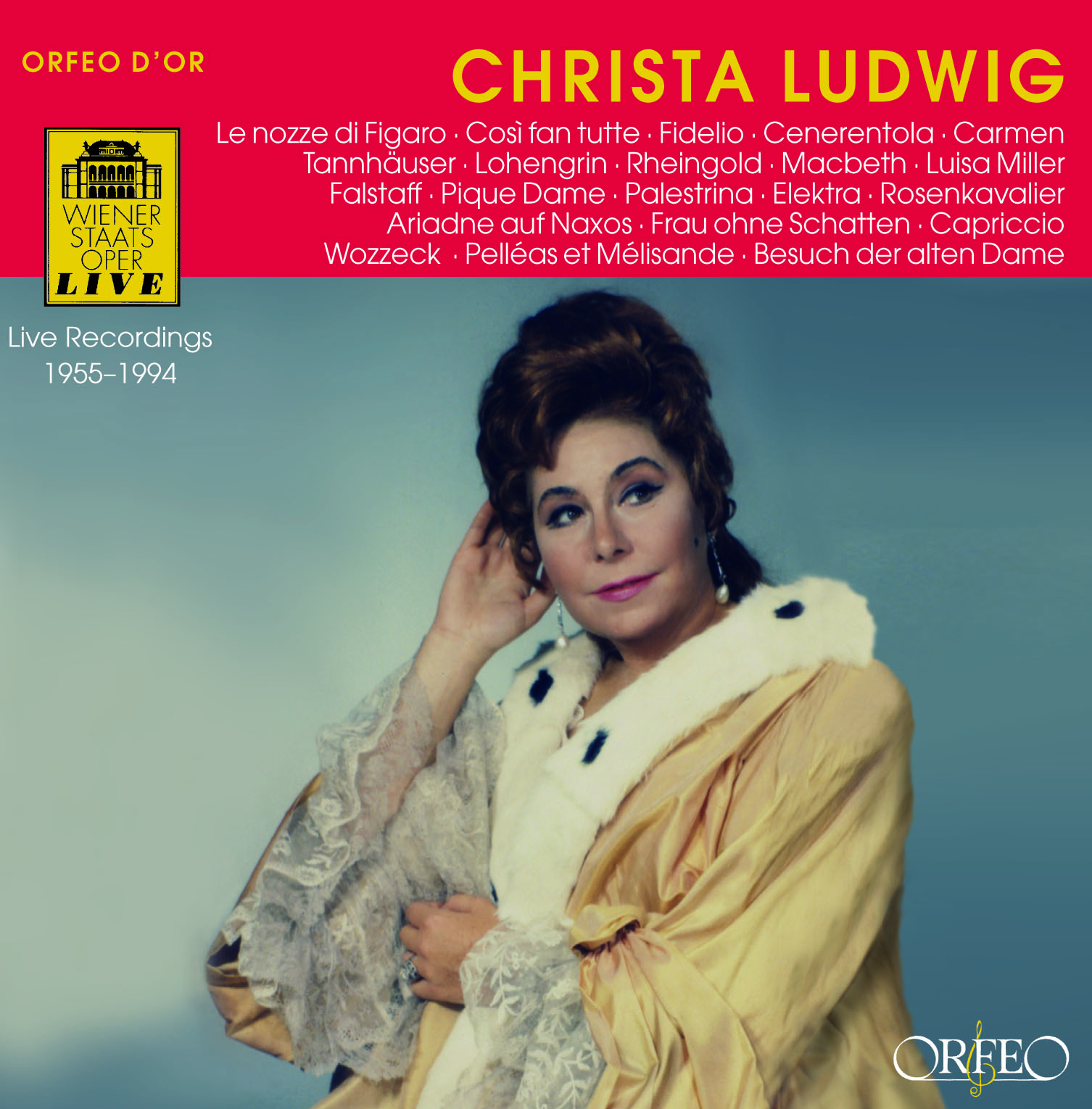 Christa Ludwig was born into an extremely operatic family: her father, Anton Ludwig (1888–1957), was first a baritone and then a tenor working in Vienna, and later a theatre and stage director, including a period at Aachen when Karajan was conductor there; her mother, Eugenie Ludwig Besalla (1899–1993) also enjoyed a career as an opera singer, and was a member of the Aachen company during the Karajan era, when she sang a wide range of roles from Senta, Reiza, Elektra and the Fidelio Leonore to Azucena and Ulrica.

By the time Eugenie was forty however she had ruined her voice and had to give up her career. Christa studied initially with her mother (who also taught her piano, flute and cello) and subsequently at the Frankfurt Conservatory and with the soprano Felice Hüni-Mihaček in Munich. She sang informally for the American forces in Germany during 1945 and in 1946 joined the Frankfurt Opera, making her debut as Orlovsky / Die Fledermaus. Ludwig stayed with this company until 1952, when she moved to Darmstadt where she developed her acting skills with Gustav Rudolf Sellner. Two years later she moved with her mother to Hanover. Here Ludwig was able to sing major roles such as the title part in Carmen, Ortrud / Lohengrin and Kundry / Parsifal.

Ludwig’s North American debut was in 1959, as Dorabella with the Chicago Lyric Opera. This was followed soon afterwards by her Metropolitan Opera debut as Cherubino during December 1959. It was with Cherubino also that Ludwig made her 1960 debut at La Scala, Milan where during the 1960–1961 season she sang Octavian / Der Rosenkavalier and Eboli as well as giving numerous guest performances at the Deutsche Oper, Berlin, in Hamburg and Munich, and Brussels and Rome.

From about 1960 Ludwig began to include within her repertoire several dramatic soprano roles, such as Lady Macbeth / Macbeth, and her repertoire at the Met reflected this development. She sang there until the end of the 1992–1993 season, her roles including Brangäne / Tristan und Isolde, Charlotte / Werther, Klytaemnestra / Elektra, Amneris / Aida, Fricka and Waltraute / Der Ring des Nibelungen, Ortrud, Octavian and the Marschallin / Der Rosenkavalier, Dido / Les Troyens, the Dyer’s Wife, Leonore, and Kundry.

At the Bayreuth Festival Ludwig first sang in 1966, as Brangäne in the famous Wieland Wagner / Karl Böhm production of Tristan und Isolde. She returned in 1967 as Kundry. Other appearances at this stage in her career included Octavian at the San Francisco Opera in 1971 and the Dyer’s Wife, Fricka, Klytaemnestra and Ottavia / L’incoronazione di Poppea at the Paris Opera between 1972 and 1987.

During the 1970s Ludwig went through a vocal crisis: as a result she excised some of the most demanding roles from her repertoire and began to give more attention to songs. As previously she challenged typical views of repertoire, singing material, such as Schubert’s Winterreise, that is most often associated with male voices, especially baritones. Working with Leonard Bernstein, she also developed an affinity for Mahler.

Ludwig’s farewell performance at the Vienna State Opera, as Klytaemnestra, took place in 1994; but she remained active, giving numerous master-classes. She was married to the baritone Walter Berry from 1957 until 1971 and then to the French stage director Paul-Émile Deiber.

A voluminous discography reflects Ludwig’s great versatility. She brought an excellent sense of musicianship as well as drama to her performances, while her singing voice was rich, well rounded and possessed an extraordinary range, from contralto to soprano.