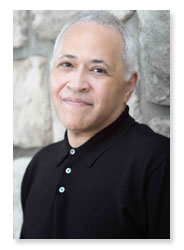 American tenor Vinson Cole is internationally recognised as one of the leading artists of his generation. His career has taken him to all of the major opera houses across the globe, including the Metropolitan Opera, Opéra National de Paris Bastille, Teatro alla Scala, Berlin State Opera, Deutsche Oper Berlin, San Francisco Opera, Hamburg State Opera, Seattle Opera and many more. Equally celebrated for his concert appearances, Cole has been a frequent guest of the most prestigious orchestras throughout the world and has collaborated with the greatest conductors of this era. Cole had an especially close working relationship with the late Herbert von Karajan, who brought the artist to the Salzburg Festival to sing the Italian Tenor in Der Rosenkavalier—the first of many performances there together. Many of these were issued on recordings for Deutsche Grammophon.