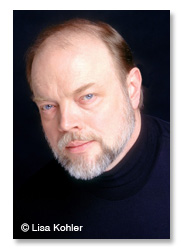 Internationally celebrated American bass, Eric Halfvarson, is one of today’s foremost interpreters of many of the darkest Verdi and Wagner roles. A regular guest artist in many of the world’s foremost opera houses, he has sung Hagen in Götterdämmerung at the Wiener Staatsoper, Daland in Wagner’s Der Fliegende Holländer at the Bergen National Opera in Norway, and The General in a new production of Prokofiev’s The Gambler at Opera Vlaanderen in Belgium during the 2017–18 season.