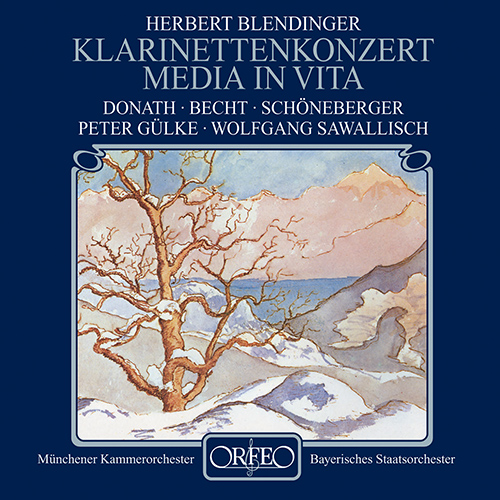 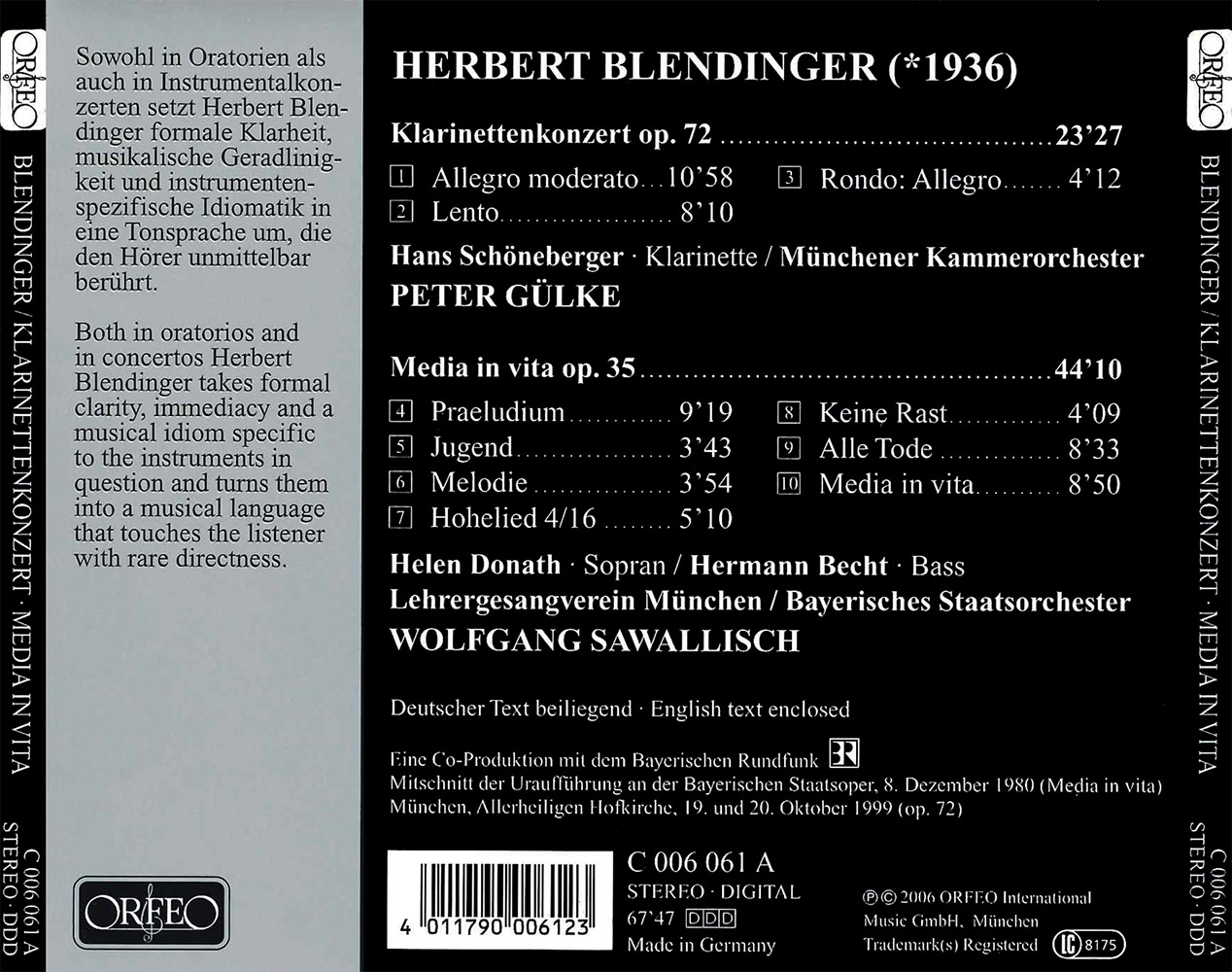 It is not easy to pigeonhole Herbert Blendinger’s compositional style and place it within the existing categories of new music. In spite of his profession of faith in traditional values, Blendinger’s works are far from conventional. Quite the opposite: his ability to devise motifs capable of being developed and his economical use of the resources at his disposal enable him to achieve immediacy and excitement within the framework of traditional formal models. Described by the composer himself as “Symphonic Scenes”, Media in vita op. 35 is a remarkably successful synthesis of sacred oratorio and secular choral music based on a well-known chorale melody. The poems that Blendinger has set breathe a spirit of autumn and death. The live recording of the first performance, which was given by the forces of the Bavarian State Opera in 1980 is now also available on CD. The vocal soloists are Helen Donath and Hermann Becht, both of whom are notable for the expressivity and textual clarity that they bring to the atmospherically dense texts of Hermann Hesse and Else Lasker-Schüler. The Munich Oratorio Choir (still known at this date under its original name of the Munich Teachers’ Singing Association), the

Bavarian State Orchestra and, last but not least, Wolfgang Sawallisch on the podium were all additionally able to guarantee a performance capable of doing justice not only to the composer’s masterly command of orchestral effects and climaxes but also to the work’s more intimate, chamber-like moments, moments entrusted to the composer himself on the viola and to two of his fellow chamber musicians, the violinist Ingo Sinnhoffer and the cellist Franz Amann. The lyrical qualities that Blendinger is able to bring out as a composer of instrumental music also characterize his Clarinet Concerto op. 72, which is additionally included in Orfeo’s new release. The soloist in this last-named work is Hans Schöneberger, another of Blendinger’s colleagues from his days as a member of the Bavarian State Orchestra. Schöneberger brings to his part a sense of relaxed serenity, performing as the first among equals with the Munich Chamber Orchestra under its conductor Peter Gülke.