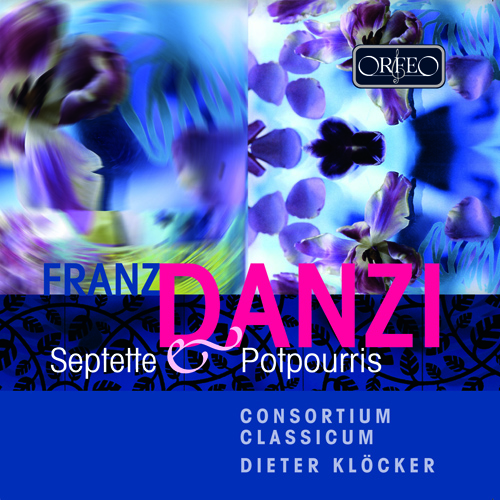 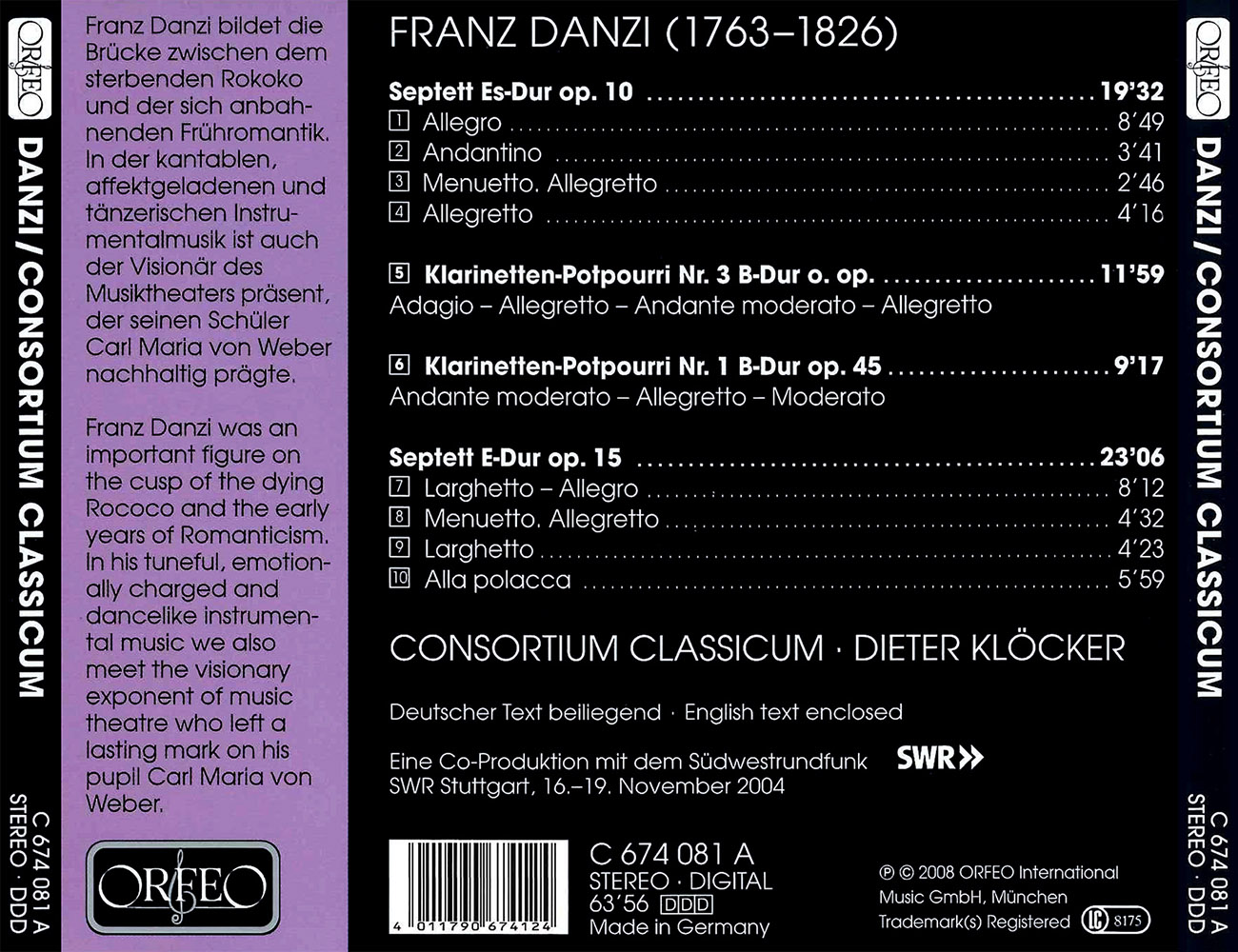 The ability to prove oneself in large-scale musical forms does not necessarily mean that a composer is also able to handle small-scale forms, but one composer who was adept at both was Franz Danzi (1763–1826), who exerted a profound influence on the German musical scene at the end of the 18th and beginning of the 19th century, when Classicism was giving way to Romanticism. A product of the Mannheim School, he was extensively involved in orchestral advances in Munich, Stuttgart and Karlsruhe. In his operas and Singspiels as well as in his work as a Kapellmeister, the well-read Danzi, who was also active as a writer on music, was fired by the idea of a genuine music theatre that left its mark on Louis Spohr and Carl Maria von Weber, among others. Weber’s Silvana was written at Danzi’s suggestion and accords a leading role to the clarinet. The Romantic associations of the sound of the clarinet are also shown off to advantage in Danzi’s chamber works recorded by the Consortium Classicum. In particular the two Clarinet Potpourris in B flat major that are featured on the present CD are performed by Dieter Klöcker and his colleagues with a virtuoso delight in the composer’s melodic vein, which ranges from songlike simplicity to elaborate examples of variation form. Danzi reveals himself as a true master of different sound mixtures in his two Septets opp. 10 and 15, which explore a wide expressive range between strings and winds and between dancelike rhythms and lively hunting fanfares. In recording these works, the Consortium Classicum, whose repertory on the Orfeo label already extends from Luigi Boccherini to Hans Pfitzner, has rendered outstanding services to a further composer whose works are unjustly neglected and known to only a handful of specialists. Such is the theatrical effectiveness of Franz Danzi’s music that it deserves to be far better known on the musical scene today.