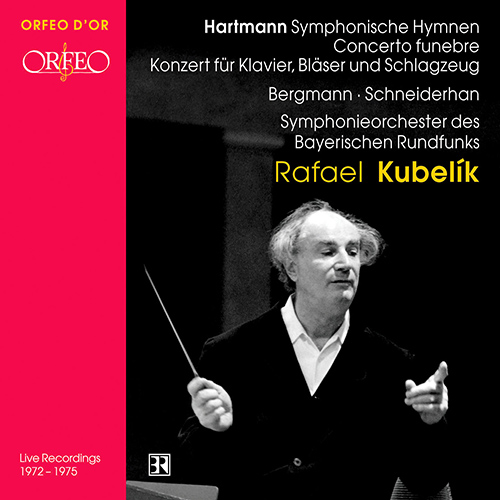 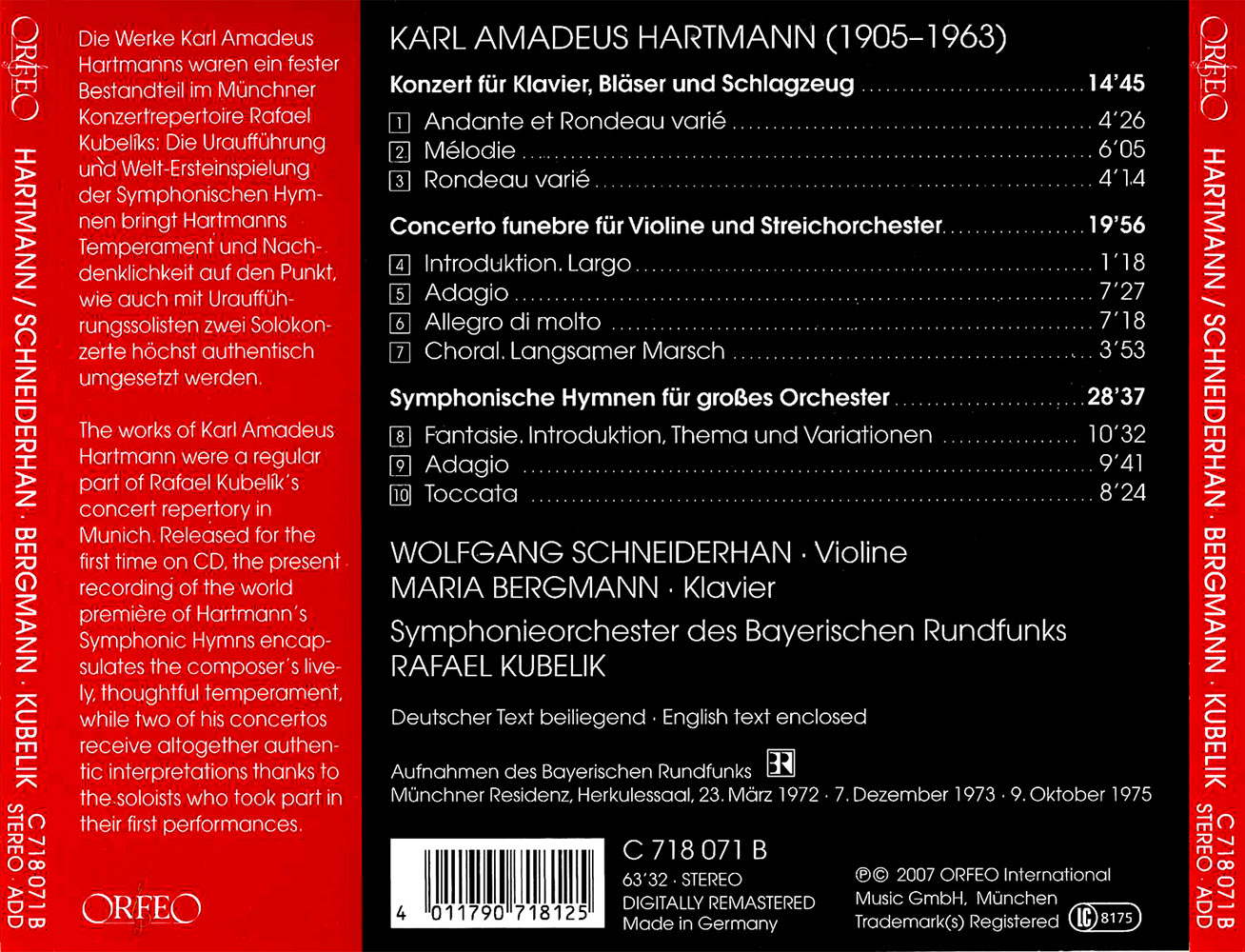 Rafael Kubelík was not only one of the leading interpreters of 19th- and early 20th-century concertos and symphonies, he was also well known for his keen advocacy of the music of important contemporaries whose works were relatively under-represented in international concert programmes. One such contemporary who played a significant role in Kubelík’s repertory was Karl Amadeus Hartmann, a composer best known in post-war Germany as the founder of the Musica Viva concerts in Munich.

Orfeo is now releasing three of Hartmann’s works in recordings that Kubelík made in Munich during the early to mid-seventies. The first of these three pieces is the Concerto for Piano, Wind and Percussion in which the soloist is Maria Bergmann. The performance is notable for its verve and variety and for the subtle restraint of its sustained middle section, in which the composer exploits a pronounced melodic vein. Hartmann was particularly notable for his slow movements, an aspect of his highly personal style well illustrated by the second work in this new release, the „Concerto funebre“, in which the elegiac soloist is the violinist Wolfgang Schneiderhan. Chorale-like episodes and the rhythms of a funeral march reflect the composer’s artistic engagement with the horrors of the war years, when the „Concerto funebre“ was written and first performed. The final work to be heard here is the „Symphonic Hymns for Orchestra“, a piece that dates from the composer’s period of apprenticeship with Anton von Webern and that is heard here in a world-première recording taped at the work’s first performance in 1975. This densely textured piece, often seething with outbursts of expressionist emotion, was discovered among the composer’s unpublished works when he died in 1963 and has increasingly – and deservedly – impinged on the consciousness of music lovers since the anniversary of his birth in 2005 – a good enough reason to listen once again to these pioneering, benchmark performancesunder Rafael Kubelík.