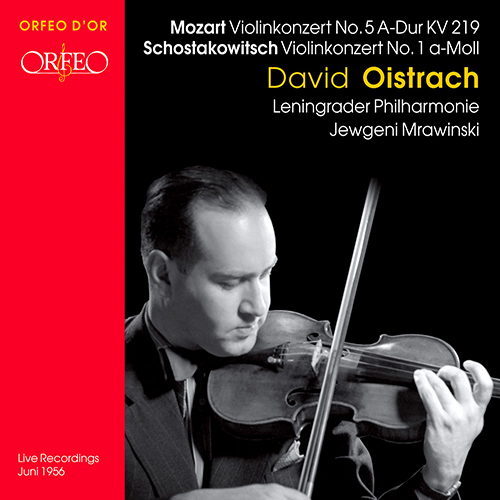 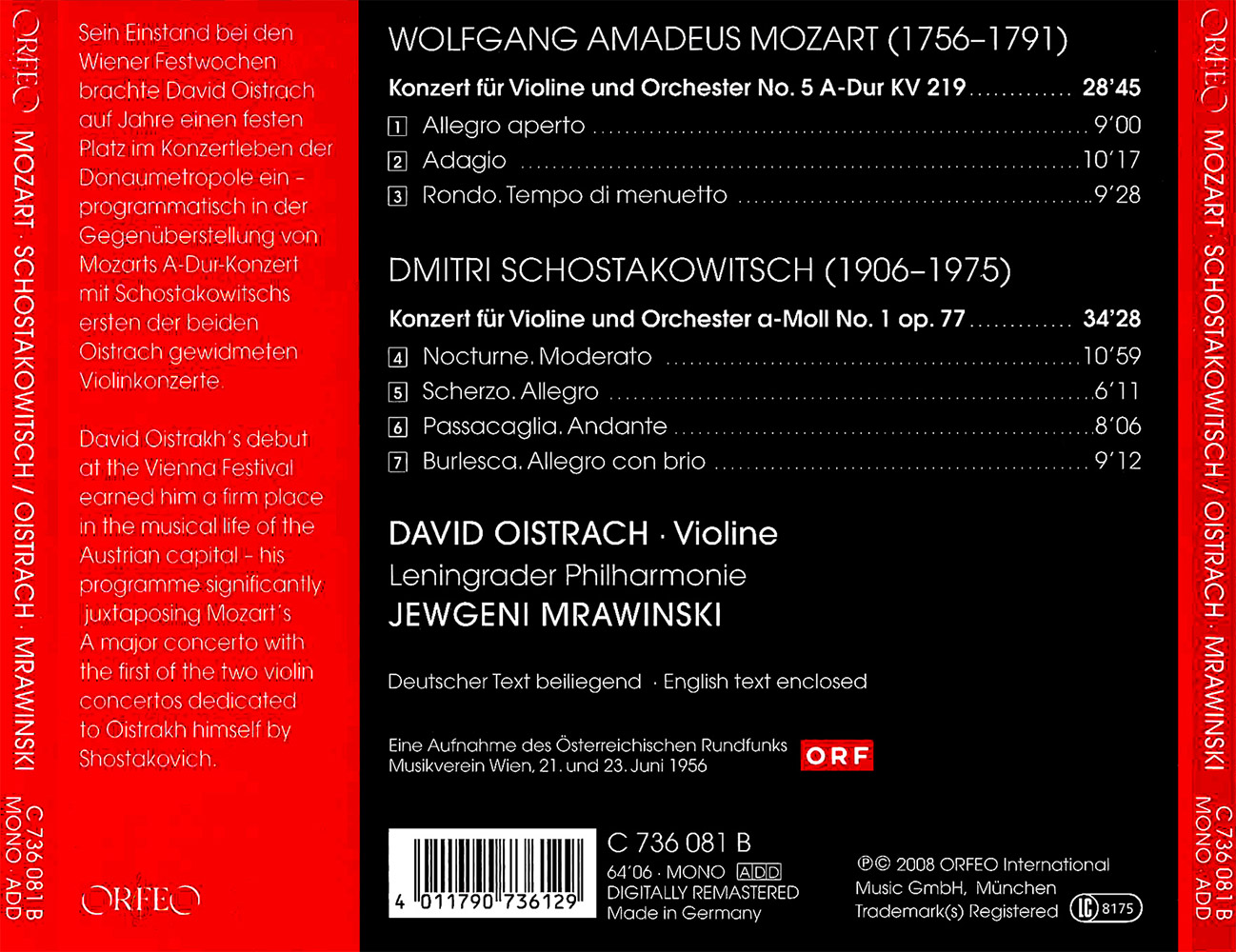 In 1956 the Vienna Festival marked the bicentenary of Mozart’s birth by focussing largely, if not exclusively, on works by Salzburg’s most famous son. Among the leading European orchestras that appeared on this occasion was the Leningrad Philharmonic, which gave two concerts under its principal conductor, Evgeny Mravinsky. But it was the soloist at these two concerts who received even more attention than either Mravinsky himself or his orchestra, for all that the latter was appearing in Vienna for the very first time. Although David Oistrakh had made his Viennese début soon after the end of the Second World War, the concert had passed largely unnoticed. He was now returning to the city as one of the world’s leading virtuosos, and his appearances were followed with particular interest by public and press alike, who were unanimous in their acclaim of him. In his native Soviet Union, Oistrakh had long been one of the most distinguished instrumentalists of his generation not only as a concert violinist but also as a chamber musician. In 1956 his versatility in different periods and different styles aroused both astonishment and admiration on the part of his Viennese audiences. His performance of Mozart’s Violin Concerto in A major K 219 was as authoritative, as brilliant and as perfectly shaped as his playing of Shostakovich’s First Violin Concerto in A minor, a work dedicated to him by its composer. In particular, Oistrakh was able to bring out the lyrical melancholy and impulsiveness of Shostakovich’s work, his performance of the piece’s cadenza providing a dazzling transition to the final movement – an exceptionally effective burlesque with which Oistrakh caused a sensation wherever he played it, whether in New York in the work’s first American performance under Dimitri Mitropoulos in 1955 or in London, Paris and Tokyo. Particularly noteworthy about the Vienna performance enshrined in the present release is the fact that it documents the forces involved in the world première in 1955, namely, Oistrakh and the Leningrad Philharmonic under Mravinsky. But what makes this live recording altogether exceptional as a model of authenticity is the ability of both soloist and orchestral players to make music with the insight born of the long experience of performing together.