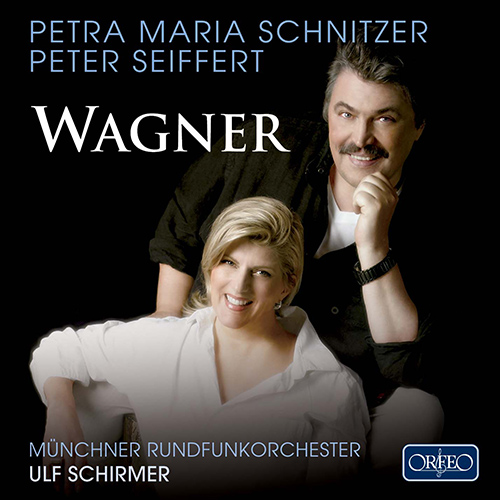 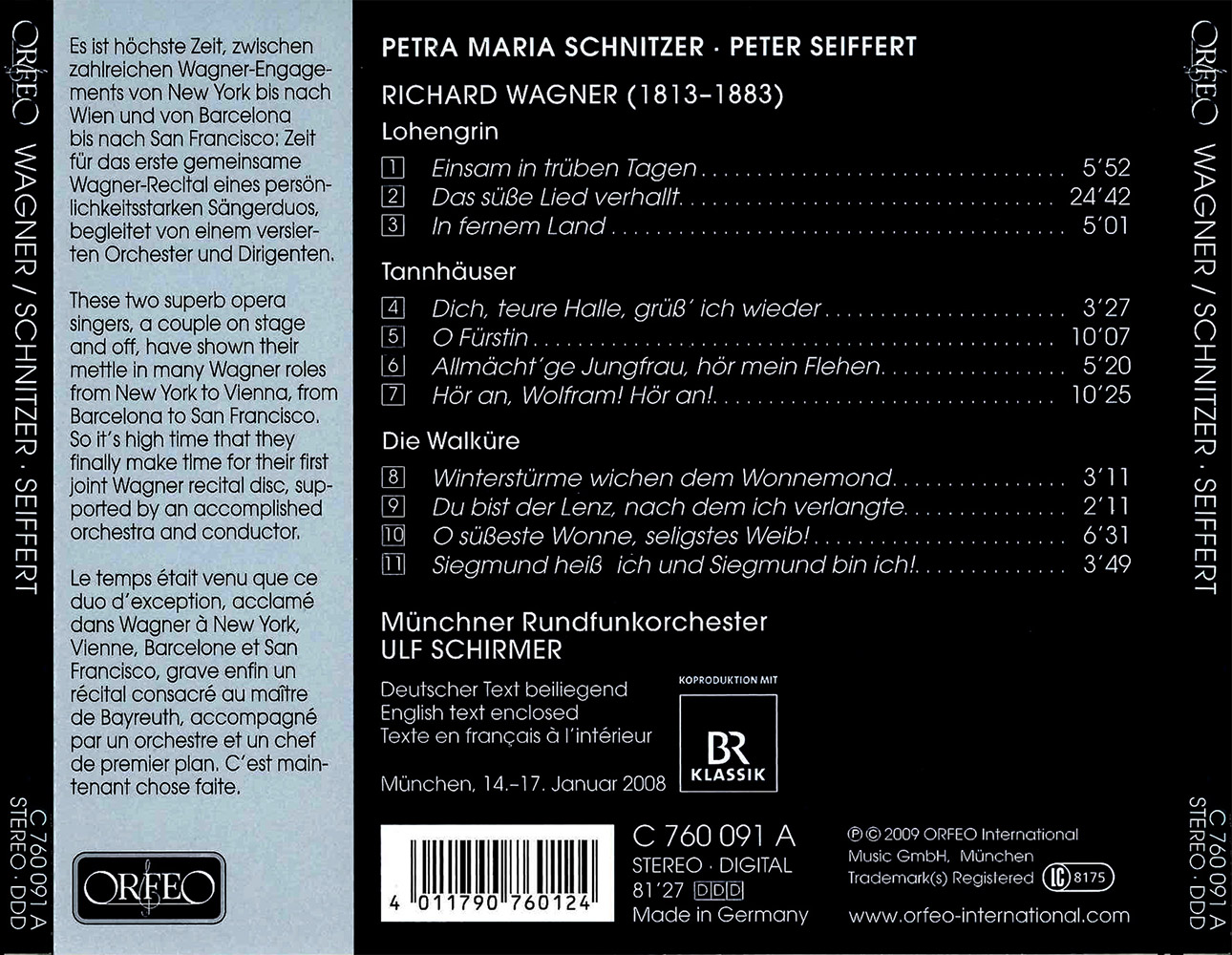 To describe Petra Maria Schnitzer and Peter Seiffert as the dream couple of the Romantic world of Wagner’s operas and music dramas would be an otiose exercise indeed. During the last three seasons alone they have appeared together as Elisabeth and Tannhäuser in San Francisco, Barcelona and Madrid and as Sieglinde and Siegmund in Florence and Valencia, affording their audiences ample opportunity to appreciate their partnership onstage. The 2009/10 season, too, began with performances of Tannhäuser in Berlin, while their diaries for the next twelve months contain many other joint engagements, not just in Wagner but in works by other composers, too, all of them at leading houses. As Elsa and the eponymous Lohengrin, finally, they will be appearing in Vienna and elsewhere. Both singers can be heard in excerpts from all three of these Wagner operas in this new CD on the Orfeo label, in which they are joined by the Munich Radio Orchestra under its principal conductor, Ulf Schirmer. It is clear from all these excerpts of solo scenes and duets that both of these internationally acclaimed singers have long been associated with these roles and that they have appeared together on many different occasions. Rarely has Wagner been sung with such clarity of diction and such beautiful phrasing, producing a wonderfully cantabile approach to this repertory. One of the reasons for this is no doubt the fact that both Petra Maria Schnitzer and Peter Seiffert have built up their careers very slowly and without undue haste, initially proving themselves in the Mozart repertory before facing up to the challenges posed by Wagner’s music dramas. In this way the word-tone relationship demanded by the composer is given its due, and the Sprechgesang so often derided as the “Bayreuth bark” is avoided. Elsa’s Dream, the scene in the bridal chamber in Act Three and Lohengrin’s Grail Narration have rarely been sung with such nuanced, subtle lyricism, while Elisabeth’s Greeting to the Hall of Song and the following duet for Elisabeth and Tannhäuser are both crowned with radiant top notes. In Tannhäuser’s Rome Narration, the character’s inner turmoil and defiance are brought out to highly expressive effect, while avoiding the “effects without causes” decried by the composer himself. The great duet for the incestuous lovers in Die Walküre is a worthy conclusion to this Wagner CD, the success of which is underscored by the playing of the orchestra, which under Ulf Schirmer’s direction is notable for its tonal beauty and avoidance of all bombast.