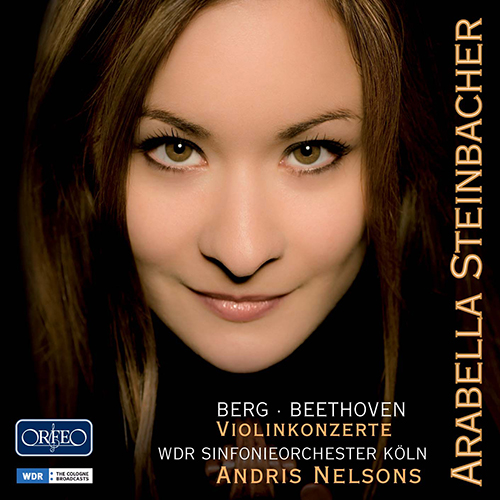 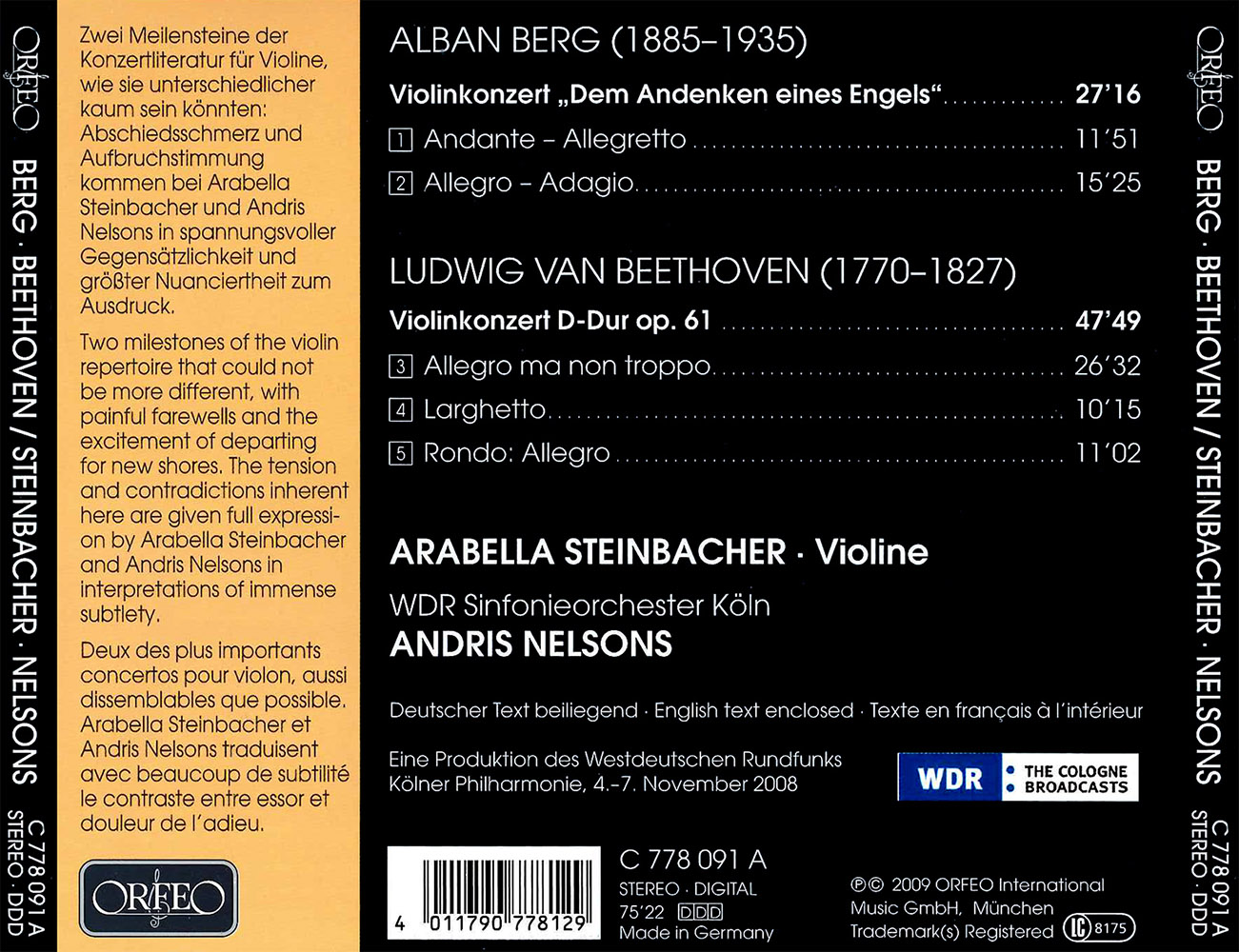 It is rare indeed to encounter an artistic collaboration that is so harmonious and results in such fine music-making. In this recording a soloist and a conductor of the younger generation, both of whom have already made a name for themselves internationally, perform the violin concertos of Ludwig van Beethoven and Alban Berg – works which revolutionised this type of composition in very different ways. Arabella Steinbacher here collaborates for a second time (following the Shostakovich concertos) with conductor Andris Nelsons; the orchestra in this performance is the WDR Symphonieorchester Köln. The listener is left in no doubt as to why the musicians involved are regarded as being as much at home in the classical-Romantic repertoire as they are in the modern and avant-garde repertoire. The clear structure and sense of form, which lies at the heart of both the Beethoven and the Berg concertos, albeit under different conditions, is presented with great transparency by Arabella Steinbacher and Andris Nelsons. Together they render, in a compelling and moving way, the elegiac and other-worldly moments in the concerto Berg dedicated “To the memory of the angel”. The link forged between late Romanticism and modernism, the bringing together of a quotation from Bach with Schoenberg’s tone-row technique seems logically consistent and convincing, especially given the simplicity, purity and subtlety of Arabella Steinbacher’s tone and the faultless support of the orchestra. In Beethoven’s concerto, composed one and a quarter centuries earlier than Berg’s, the ground-breaking technique of placing the violin and orchestra on an equal footing and interweaving their voices here inspires the soloist, conductor and orchestra to play in a full-bloodedly Romantic style which nonetheless never appears overblown or obscures the natural elasticity of the score. Fritz Kreisler’s cadenzas sound organic in the agogic and dynamic context of this interpretation and function admirably as bravura passages – they too are after all part of a tradition within which Beethoven and Berg are here placed convincingly side by side and in which Arabella Steinbacher can hold her own in any of the world’s major concert halls.