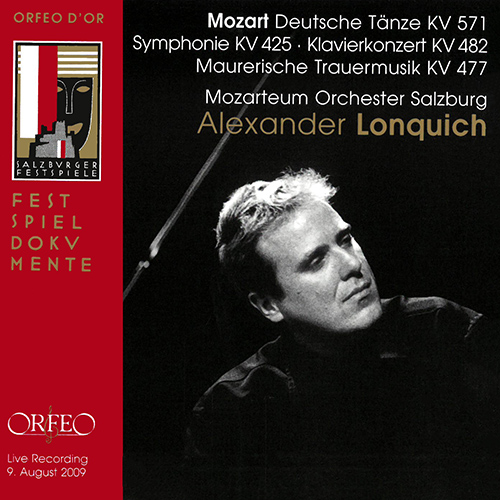 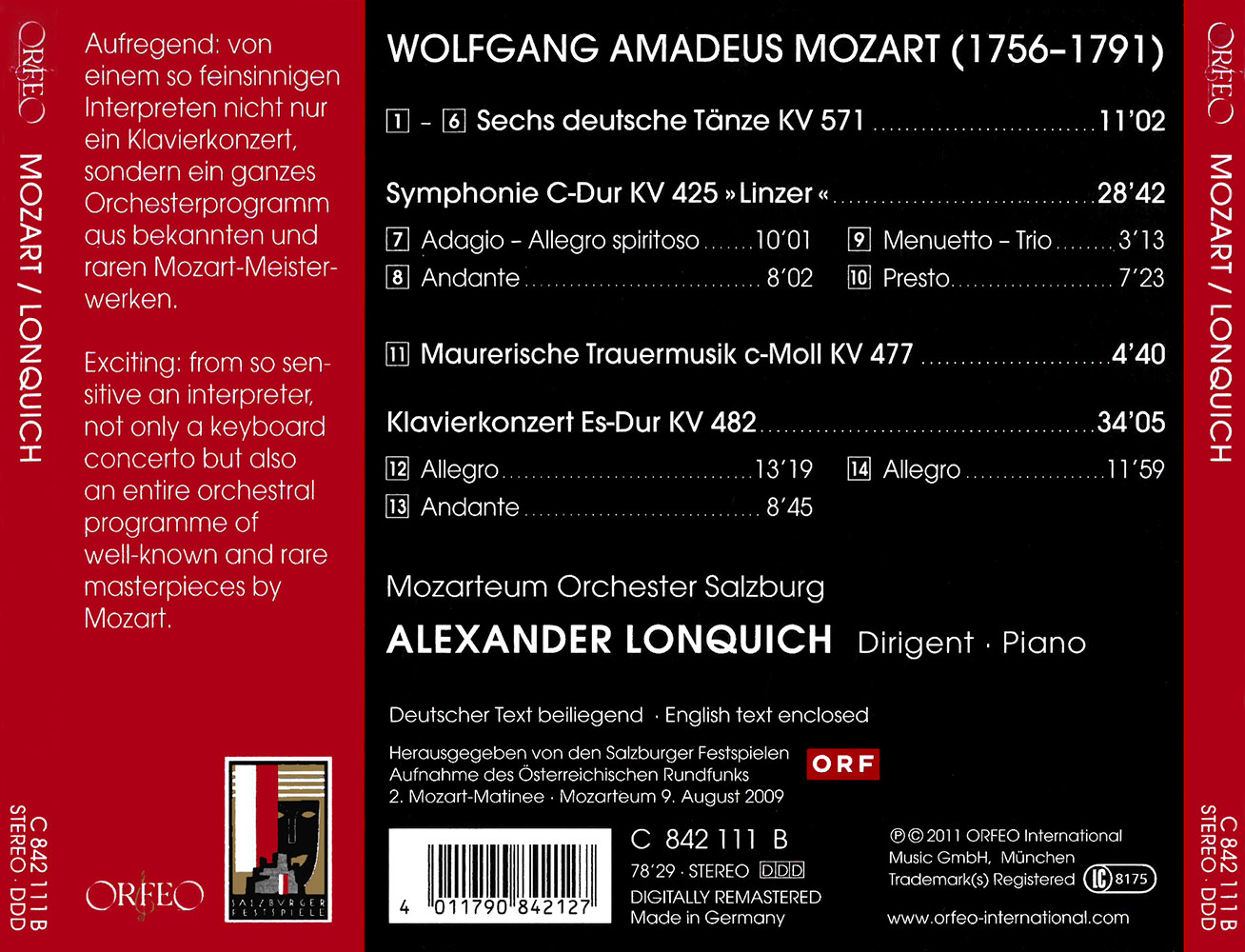 It is rare to find a soloist doubling as a conductor in Salzburg, but when it happens, it is undoubtedly a delightful prospect for the Festival audience. This was a risk that Alexander Lonquich took with the Mozarteum Orchestra in 2009. His Mozart Matinee began with the Six German Dances K 571 and revealed Lonquich and the orchestra as knowledgeable champions of a rhythmically alert and dynamically varied Mozart style. Their ability to breathe new life into the music also benefited the famous “Linz” Symphony in C major K 425, while the Masonic Funeral Music in C minor K 477 proved to be a moment of intense stasis in the concert, which was brought to a brilliant end with the Piano Concerto in E flat major K 482, conducted by Lonquich from the keyboard.