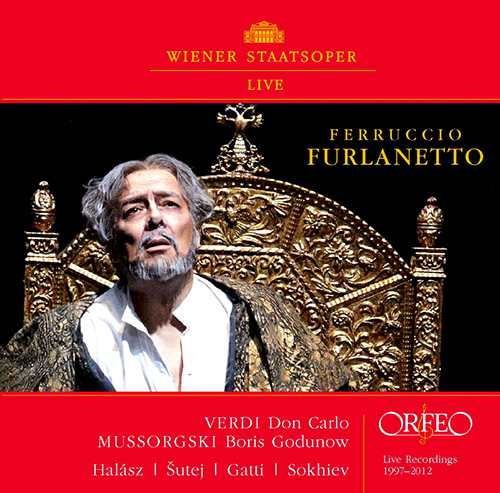 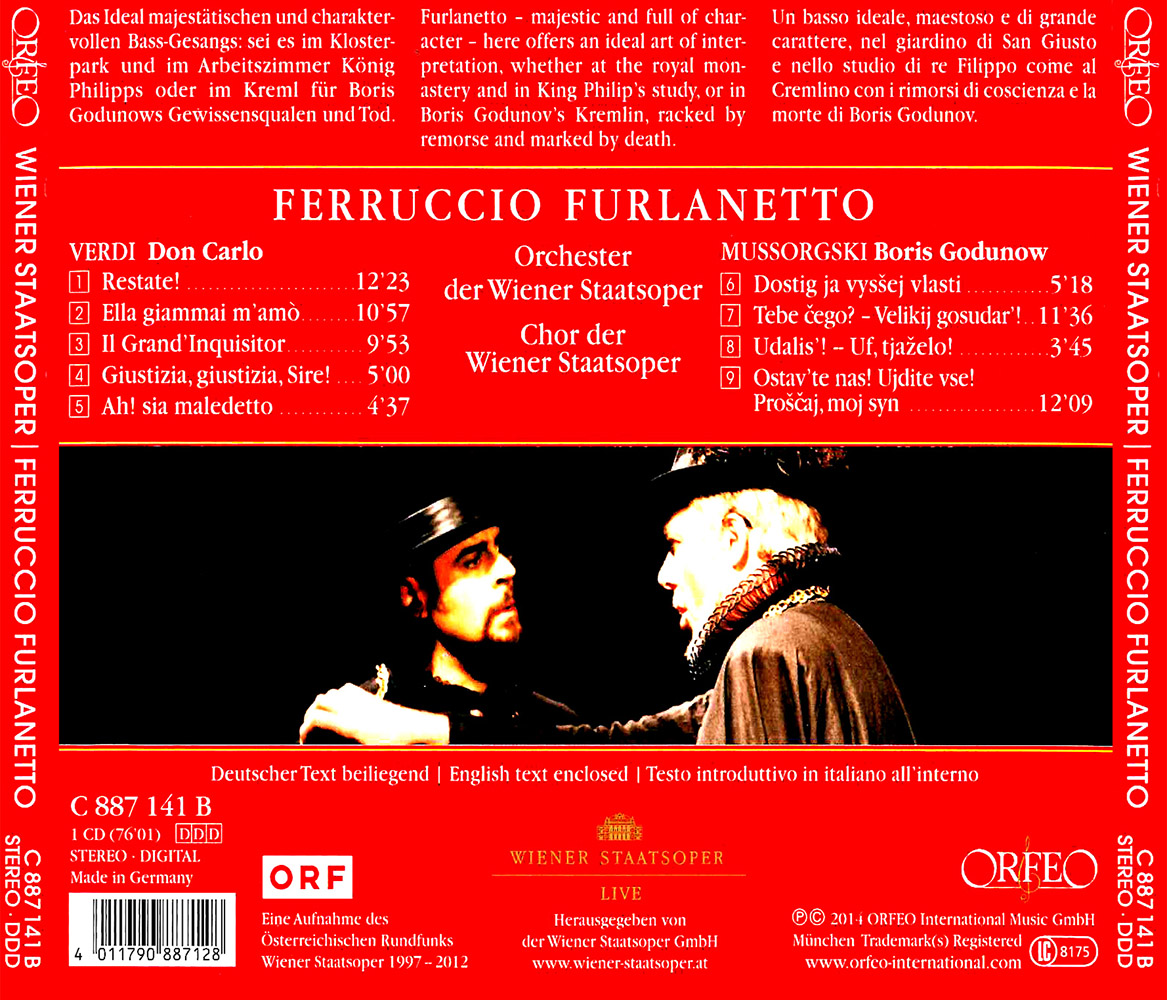 In the world of opera there are certain roles for every type of voice that can crown a singer’s stage career. For the basso profondo, these are clearly – and suitably – the majestic roles of King Philip II in Verdi’s Don Carlos and Tsar Boris Godunov in Mussorgsky’s opera of the same name. Those who have sung these two roles on the great stages of the world are a handpicked group, and among their number is the Italian bass Ferruccio Furlanetto (who also enjoys much success in comic roles). For almost 30 years he has been a regular guest at the Vienna State Opera – as also in the current season, performing in Mussorgsky’s Khovanshchina on its opening night and singing the role of Fiesco in Verdi’s Simon Boccanegra (one of his other famed roles). The above-mentioned rulers in the operas by these same two composers – Boris Godunov and Philip II (whom Furlanetto will also sing at the New York Met in 2015) – are on the programme of Furlanetto’s new portrait CD in the series “Vienna State Opera Live”. Ferruccio Furlanetto has performed both roles several times at the Vienna State Opera. As a master of vocal characterization and psychological nuance, Furlanetto particularly understands how to give expression to the loneliness of both men – such as here in excerpts from Don Carlos in 1997 and 2001 (conducted by Michael Halász and Vjekoslav šutej) in the duet of the King with the Marquis von Posa (here sung by Carlos Álvarez), in the famous aria “Ella giammai m’amò”, and in the ensuing confrontations with the Grand Inquisitor (Eric Halfvarson) and Elisabeth, his supposedly unfaithful queen (Miriam Gauci). Ferruccio Furlanetto also impresses and moves us as Boris Godunov, both in the Kremlin scene in the second version of Mussorgsky’s opera, here in a production from 2007 under the baton of Daniele Gatti, and also in the death scene of the original version, sung under Tugan Sokhiev in 2012. As in his Verdi interpretations, Ferruccio Furlanetto also demonstrates a keen sensitivity to the shape and phrasing of the music in the Russian idiom. He is a bass who, according to the demands of the drama, can offer the darkest of tone colours and vocal shadings, and yet can rise above the human abysses of his characters to maintain the beauty of the musical line throughout.