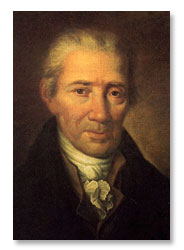 
Johann Georg Albrechtsberger gave lessons to Beethoven, and replaced Mozart, at the latter’s request, as assistant to the Kapellmeister of St Stephen’s Cathedral in Vienna. He was appointed to the position with right of succession, a promotion realised in 1793, two years after Mozart’s death. He won contemporary distinction as an organist, composer and teacher, and displayed a particular mastery of counterpoint, reflected in his own 240 fugues and in the later work of his pupil Beethoven.

Organ Music
Albrechtsberger published an enormous quantity of fugues, and preludes and fugues, many for either organ or harpsichord. He left some 278 keyboard works.

Chamber Music
Equally prolific in chamber music for various groups of instruments, Albrechtsberger based many of his instrumental compositions on the church sonata of the Baroque period, with its contrapuntal content.

Orchestral Music
While Albrechtsberger’s four symphonies may be forgotten, his concertos for jew’s harp have occasionally made their way into the modern trumpet repertoire. He also wrote concertos for trombone, for harp and for organ.