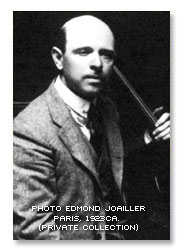 
It is often said that cellists revere the playing of Pablo Casals without intending to emulate him. This rather ambivalent view of a man who, born on the same day as Lionel Tertis, exerted as powerful an influence upon cello playing as Tertis did on that of the viola, is perhaps explained by his reputation in later life, when towards the end of his long recording career the technical fleetness that characterised his early performances was waning and an unfortunate tonal roughness was creeping in. The spirit of Casals’s playing—a certain poetic quality of great musical profundity—remained undimmed, however.

Compared with many of his generation, Casals was an early adopter of the omnipresent vibrato which, unlike in the acoustic recordings of Beatrice Harrison for example, is intense, consistent, always quite narrow and economical. Reflecting prevailing trends Casals cut down his use of portamento, although it does remain evident in his later recordings. Having undergone an old-fashioned training which restricted the bow arm considerably (students were often made to hold books under their arms to keep the elbows close to the sides), his most overt radicalisation of cello playing and teaching was in loosening both bow and finger action, advocating relaxation exercises to facilitate this. ‘The most perfect technique,’ he would say, ‘is that which is not noticed at all.’

Casals was proficient at an early age at the piano and violin before, aged eleven, he heard cellist José García perform in a trio at a local concert. Captivated by the cello’s sound he went to the Barcelona Escuela Municipal de Música to learn with García, also studying piano and composition. After his 1891 public cello début in Barcelona he earned money performing in cafes, before an introduction to Count Morphy by Albéniz helped him finance further instruction in Madrid, then Brussels. Having argued with the professor in Brussels, however, Casals again supported himself by playing at the Folies-Marigny music hall, Paris. He finally began a serious music career in 1896, returning to Barcelona as principal cellist of the Gran Teatro del Liceu and forming a piano quartet with violinist Crickboom, violist Gálvez and pianist Granados. Concerto débuts in England and Paris followed in 1899 and Casals became internationally known, although he would always remain faithful and committed to his Catalan roots. One might consider that the rather unorthodox start to his musical life (training in Spain and failing to complete his education in Belgium) is reflected in his individualistic artistry. Certainly his universally-known interpretations of Bach’s Cello Suites are controversial and considered maverick by some. Hugo Becker, for example, was disdainful of Casals’s penchant for tempo rubato rather than strictly faithful dance tempi.

Acoustic recordings, such as the fleet-footed Popper Spanish Serenade and soulful Rubinstein Melody in F from 1915–1916, show a clean tone wedded to urgency of tempo. Later recordings, including the fine Elgar Concerto under Boult, or the powerful and personal Dvořák Concerto under Szell, are more expansive. The 1945 Elgar performance makes an interesting comparison with the 1928 Harrison/Elgar recording, being significantly slower in the last movement, and Casals eschews many of Harrison’s portamenti. He also transmits inner details rather than overall shapes, perhaps a symptom of the work being better known by the 1940s. At the 1937 Dvořák Concerto recording session with Fred Gaisberg present, Casals gave every last drop of energy to the twenty-one takes made by HMV, collapsing afterwards and being carried to his hotel room where he recovered to light his trademark pipe. The recording is a perennial favourite and has rarely been out of print.

Chamber music was one of Casals’s great passions. A 1952 Prades Festival performance of the Brahms Sextet in B flat—with a stellar lineup including Isaac Stern as leader—is spared the laborious treatment often meted out to Brahms, the texture remaining transparent throughout and Casals’s characteristically powerful, clean, yet penetrating tone coming to the fore in the slow movement and final Rondo. (Other chamber performances are listed under Jacques Thibaud and Milton Katims in this book.)

His interpretative profundity made Casals a popular exponent of Beethoven and Bach. A 1939 performance of Beethoven’s Sonata, Op. 5 No. 1 is thus tidy, energetic and poised, whilst of his Bach performances one should pay attention to his first (acoustic) recording of movements from the Suite No. 3 from 1915, which is possibly artistically superior to the famous 1930s HMV set, with a more natural sense of dance and shape.
The name of Casals endures via the festivals he founded in Prades and Puerto Rico. Fitting testimony to a musician who loved to gather other musicians—both established artists and those in whom Casals saw fresh potential—these events have given rise to many unique and exciting performances over the years, and continue to do so.