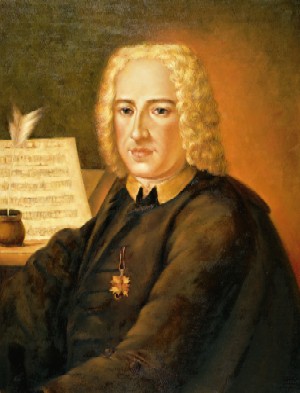 
Alessandro Scarlatti, a native of Palermo, made his principal career in Naples, where he was instrumental in the development of 18th-century Neapolitan opera.

Alessandro Scarlatti wrote more than a hundred operas and some 600 cantatas, a considerable amount of church music, and a smaller number of purely instrumental works. An important and influential composer, the nature of his compositions – particularly next to changed fashions in opera and less appetite for cantatas, serenades and oratorios of this period – has led to otherwise unjustified neglect, in spite of Scarlatti’s extreme fecundity.

Instrumental music by Alessandro Scarlatti includes keyboard toccatas and concertos as well as concerti grossi, trio sonatas and solo sonatas, all in the established style of the time.