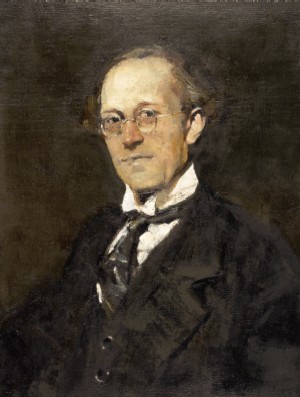 
Trained as a violinist and as a composer at the Vienna Conservatory, Franz Schreker belongs to that group of composers whose careers were eclipsed by the events of 1933 in Germany. Schreker enjoyed very considerable success as a composer of opera, in a style that couples the late Romantic with an element of musical collage, presenting scenes where different layers of music are juxtaposed or superimposed, all with a mastery of orchestral colour.

Schreker won early success with Der Geburtstag der Infantin (‘The Birthday of the Infanta’), a ballet based on the story by Oscar Wilde. Der ferne Klang (‘The Distant Sound’), an opera staged first at Frankfurt in 1912, has more of Debussy than Wagner about it, dealing with the mystical pursuit by the artist for the distant sound that he has heard. Der ferne Klang influenced Alban Berg, who made a vocal score of the work. Of other operas, Die Gezeichneten (‘Those Marked by the Seal’) and Der Schatzgräber (‘The Treasure-Hunter’) are particularly effective, if more conventional than Der ferne Klang.

Schreker wrote a relatively small amount of purely orchestral music, although orchestral excerpts from his operas are sometimes heard in the concert hall.