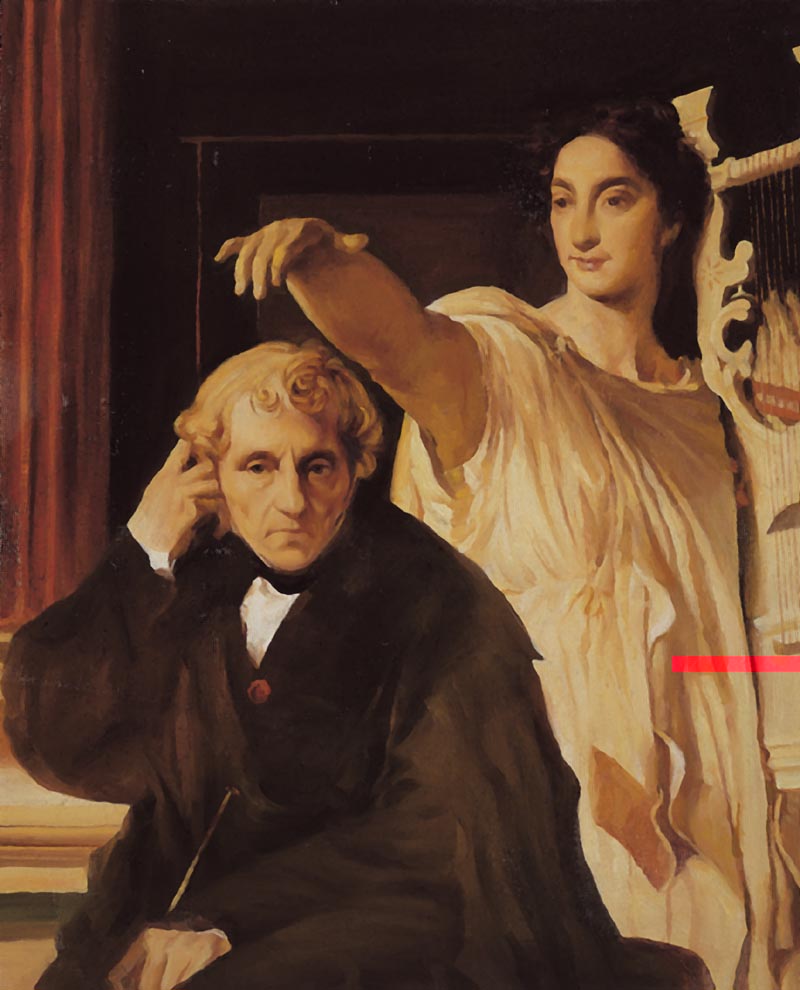 
The Italian composer Cherubini came to occupy a dominant position in French musical life. He was employed at the Conservatoire in Paris on its foundation and from 1822 was director of the institution, retaining this position until the year of his death. His works include compositions for the stage, for the church and for political purposes, a requirement of the turbulent revolutionary years.

Cherubini wrote some 30 operas and of these Les Deux Journées, now seldom heard, had influence on Beethoven’s only opera, Fidelio. The opera Médée, first staged in Paris in 1797, remains in occasional repertoire, with the aria ‘Ah, nos peines’ providing a popular soprano operatic recital item.

Cherubini was able to make full use of his contrapuntal skills, founded in Italian tradition, for his church music, notably in his 1816 Requiem for the anniversary of the death of Louis XVI, a work that later composers took as a model for the genre. He wrote a quantity of music for the celebrations of the new post-Revolutionary regime, and for its successor, once the monarchy was restored.

Cherubini’s instrumental music includes a symphony, commissioned in 1815 by the London Philharmonic Society. Many of his other instrumental works are marches, music for various ceremonial occasions.