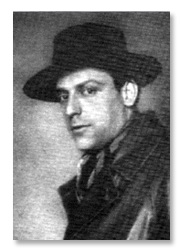 
Paul Dessau enjoyed early distinction in Germany as a conductor, subsequently developing his gifts as a composer. Political circumstances led him to move to Paris in 1933 and in 1939 to the United States, where he continued his earlier collaboration with Brecht and worked as a film composer in Hollywood. In 1948 he returned to East Germany, where he worked further with Brecht.

Dessau was a prolific composer in many genres, much of his work inspired by his political ideals, to which he was able to give overt expression again after the war. The film score for The House of Frankenstein is a collaboration with Hans Salter.