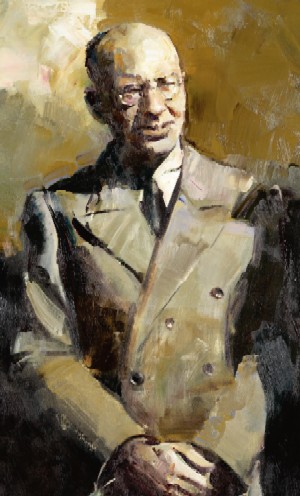 
Kurt Weill was an important figure in German musical life during the period of the Weimar Republic. He left Germany in 1933 and later became a citizen of the United States of America, turning his musical attention to compositions for Broadway.

Stage Works
Weill collaborated with Bertolt Brecht in Die Dreigroschenoper (‘The Threepenny Opera’), a topical derivative of The Beggar’s Opera set in contemporary London, with music strongly influenced by the jazz of the period. Other collaborations with Brecht included Aufstieg und Fall der Stadt Mahagonny (‘The Rise and Fall of the City of Mahagonny’). His work for Broadway is now attracting renewed attention. The biblical drama Der Weg der Verheissung (‘The Eternal Road’), a search for Jewish identity, drew wide attention in New York in 1937.

Orchestral Music
Weill arranged an instrumental suite from Die Dreigroschenoper, the Kleine Dreigroschenmusik. His two surviving symphonies were written in 1921 and 1933 respectively.