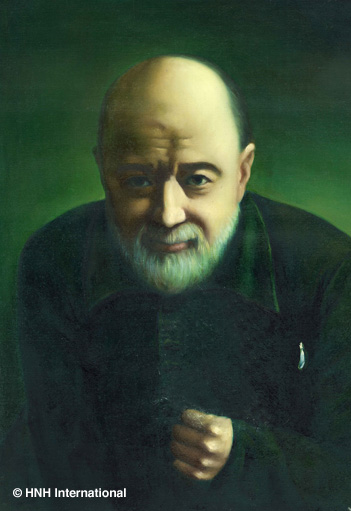 
The American composer Charles Ives learned a great deal from his bandmaster father, not least a love of the music of Bach. At the same time he was exposed to a variety of very American musical influences, later reflected in his own idiosyncratic compositions. Ives was educated at Yale and made a career in insurance, reserving his activities as a composer for his leisure hours. Ironically, by the time that his music had begun to arouse interest, his own inspiration and energy as a composer had waned, so that for the last 30 years of his life he wrote little, while his reputation grew.

The symphonies of Ives include music essentially American in inspiration and adventurous in structure and texture, collages of Americana, expressed in a musical idiom that makes use of complex polytonality (the use of more than one key or tonality at the same time) and rhythm. The Third Symphony, for small orchestra, reflects much of Ives’s own background, carrying the explanatory title The Camp Meeting and movement titles ‘Old Folks Gatherin’’, ‘Children’s Day’ and ‘Communion’. The Fourth Symphony includes a number of hymns and Gospel songs, and his so-called Orchestral Set No. 1, otherwise known as Three Places in New England, depicts the three places of the title.

The first of the two string quartets of Ives has the characteristic title From the Salvation Army and is based on earlier organ compositions, while the fourth of his four violin sonatas depicts Children’s Day at the Camp Meeting.

Much of the earlier organ music written by Ives from the time of his student years, when he served as organist in a number of churches, found its way into later compositions. The second of his two piano sonatas, Concord, Mass. 1840–60, has the characteristic movement titles ‘Emerson’, ‘Hawthorne’, ‘The Alcotts’ and ‘Thoreau’—a very American literary celebration.

Ives wrote a number of psalm settings, part-songs and verse settings for unison voices and orchestra. In his many solo songs he set verses ranging from Shakespeare, Goethe and Heine to Whitman and Kipling, with a number of texts of his own creation. Relatively well-known songs by Ives include Shall we gather at the river, The Cage and The Side-Show.