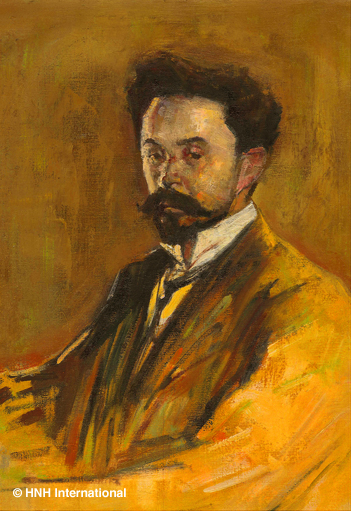 
A friend and fellow student of Rachmaninov in Moscow, the Russian composer Alexander Scriabin enjoyed a different and much shorter career, at first as a concert pianist; he was encouraged by Belyayev, who published his earlier compositions. His interest in philosophy and the theosophical theories of Madame Blavatsky influenced the form of his later compositions, particularly that of the larger-scale orchestral works. His life was vitiated by a growing self-absorption coupled with eccentric beliefs.

Piano Music
Scriabin’s earliest piano music was written while he was a student at the Moscow Conservatory, and it built to his final series of five sonatas started in 1911. His previous seven sonatas cover the years from 1886 until 1907. Other shorter piano pieces include studies, preludes and impromptus in a style that developed from the influence of Chopin to a sensuous idiom entirely his own.