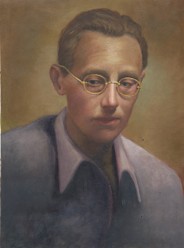 
The German composer Carl Orff is widely known for his work in music education, particularly in exploration of the connections between music and movement. In his compositions he found a similar connection between the dramatic and the musical, couched in his very personal style of writing, with its insistent, repeated patterns of notes and compelling rhythms.

Stage Works
The best known of all Orff’s works is Carmina Burana, a large scale work making use of the medieval Latin and Old German lyrics found at the monastery of Benediktbeuern. The work has become even more familiar to unmusical audiences by use of elements from it in advertising and in films. Carmina Burana is generally performed only as a form of secular oratorio, in the concert hall, rather than on the stage, as is Catulli Carmina (Songs of Catullus), again intended for theatrical use.