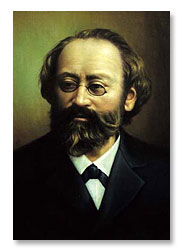 
Max Bruch was born in Cologne, where he had his early musical training, and went on to a career as a teacher, conductor and composer that included a short spell as conductor of the Liverpool Philharmonic Society. From 1891 he was principally occupied in Berlin as professor of composition at the Berlin Academy. Known in his lifetime as a composer of choral works, he is now remembered chiefly for a handful of orchestral compositions.

By far the best known of all Bruch’s works must be his Violin Concerto No 1 in G minor, Op 26, to which the Scottish Fantasia for violin and orchestra is a relatively modest pendant. Kol nidrei for cello and orchestra, based on Hebrew themes, is a major item in cello repertoire, just one example of Bruch’s effective use of external themes. He left three symphonies in addition to a variety of other, shorter orchestral compositions (eg a Serenade, a Romance for Viola, and works based on Celtic and Russian melodies).