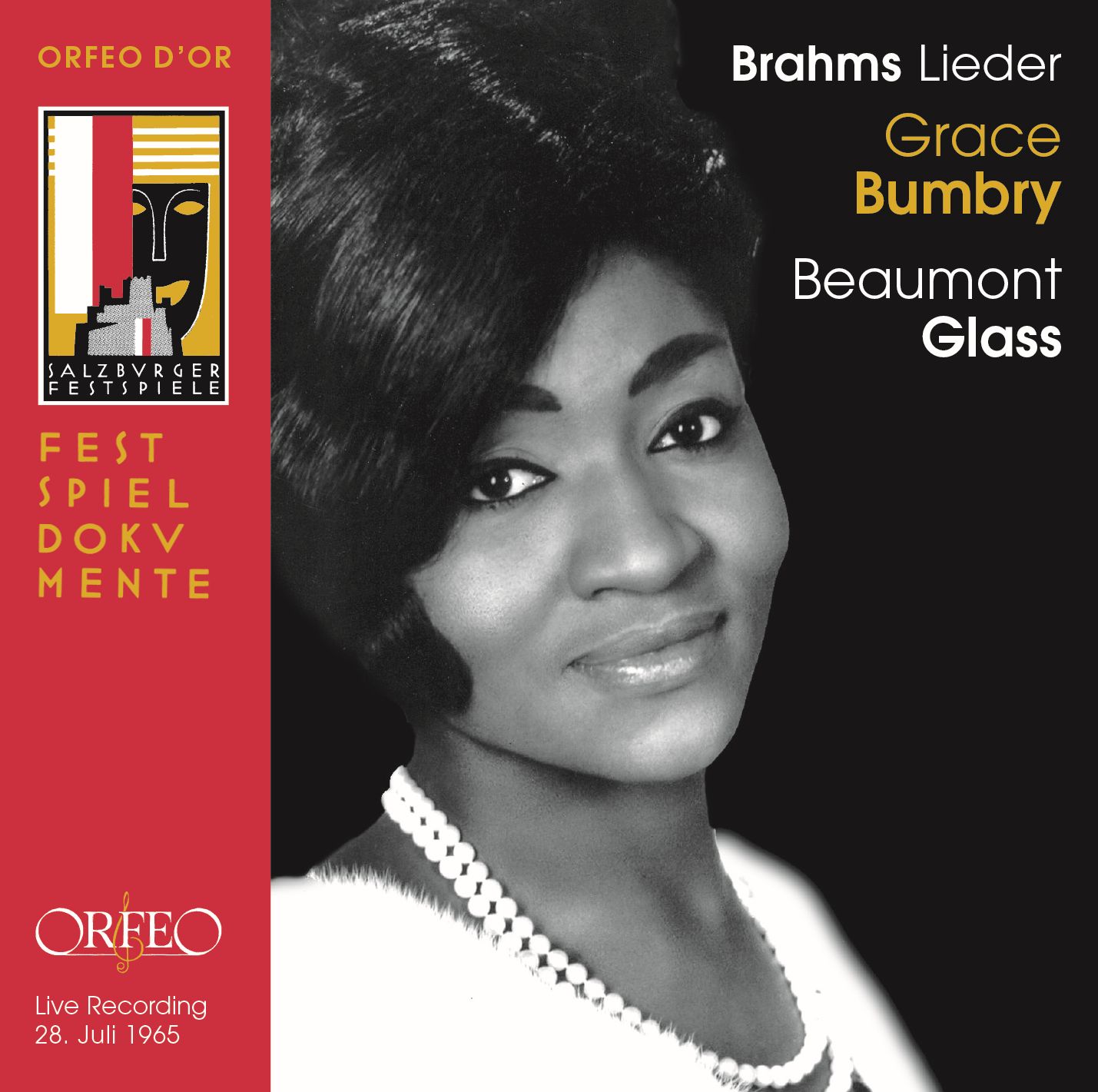 Grace Bumbry was born into a family of modest means, her father being a railway porter and her mother a housewife. After high school she won a radio competition when only seventeen singing ‘O don fatale’ from Verdi’s Don Carlo. The prize was a scholarship for further vocal study, which she undertook firstly at Boston University and then at Northwestern University. Here Bumbry came into contact with Lotte Lehmann, who became her mentor and subsequently taught her at at the Music Academy of the West in Santa Barbara, California. In 1958 Bumbry was a joint-winner, with the soprano Martina Arroyo, of the Metropolitian Opera Auditions, making her recital début the same year, in Paris. Her operatic stage début took place as Amneris/Aida at the Paris Opera in 1960, when she also began a contract with the Basle Opera. The following year Bumbry attracted international attention when Wieland Wagner cast her to sing Venus/Tannhäuser at the Bayreuth Festival. She was the first black singer to appear at Bayreuth and so successful was her performance that she was invited to sing at the White House.

Now launched upon an international operatic career, Bumbry made the requisite débuts in quick succession: as Eboli/Don Carlo at Covent Garden (1963); as Lady Macbeth/Macbeth at the Vienna State Opera (1964); as Eboli at the Metropolitan Opera (1965) and La Scala, Milan (1966) and in the title rôle of Carmen at the Salzburg Festival (1966) with Herbert von Karajan conducting. Other rôles which she sang at this time included Dalila/Samson et Dalila, Azucena/Il trovatore, Fricka/Der Ring des Nibelungen, Laura/La Gioconda and the title rôle in Gluck’s Orfeo.

Bumbry’s mezzo repertoire was similarly extensive. It included Baba the Turk/The Rake’s Progress (Salzburg Festival, 1995), Poppea/L’incoronazione di Poppea, Ulrica/Un ballo in maschera and the title rôle in Massenet’s Hérodiade (Nice, 1987 and New York, 1995). She sang both Norma and Adalgisa during a single run of performances at Covent Garden during 1978; and at the opening of the Opéra Bastille in Paris in 1991 she sang Cassandre in Berlioz’s Les Troyens opposite Shirley Verrett as Dido, later singing both parts in the same evening when industrial action prevented Verrett from appearing.

During the 1990s Bumbry founded and toured with the Grace Bumbry Black Musical Heritage Ensemble, a group dedicated to preserving and performing traditional Negro spirituals. Her last operatic appearance was in 1997, as Klytämnestra/Elektra at Lyons. Subsequently she has devoted herself to recitals, teaching, and judging international competitions. Bumbry has received many honours, including the 2009 Kennedy Center Honors in recognition of her contribution to the performing arts. Her performances on stage were of a consistently high voltage, combining rich vocal delivery with a magnetic stage presence. Requiring the best of those with whom she worked, she was equally as demanding of herself.