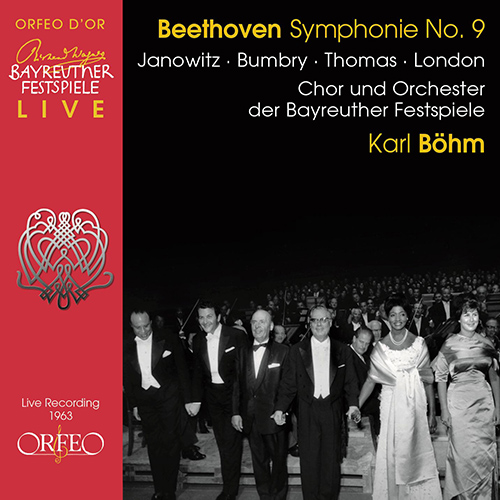 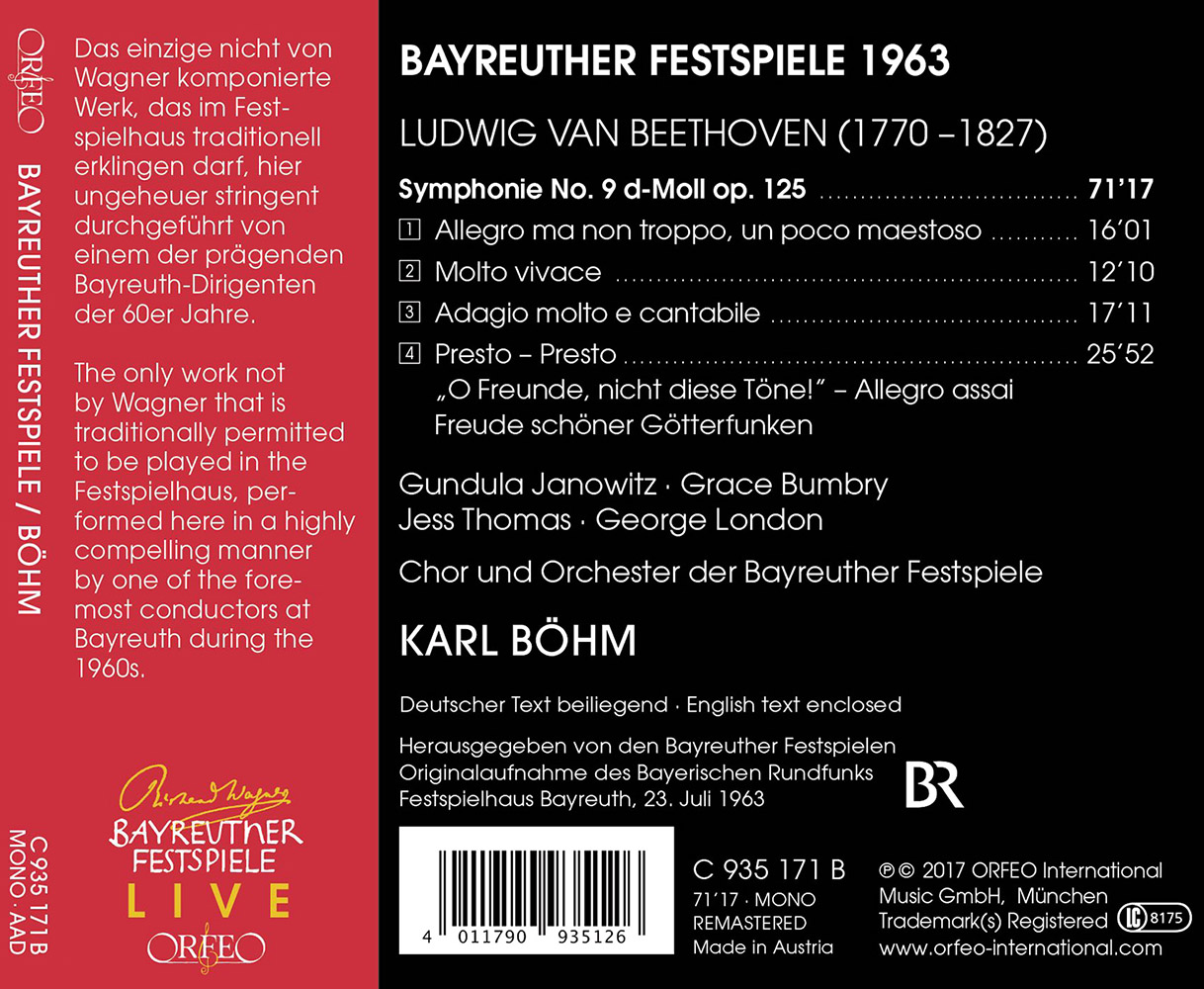 The well-known “classical” exception to the canon of ten Wagner works that can be performed on the Green Hill goes back to the master himself: it is of course Beethoven’s 9th Symphony.
The most famous recording of one of the rare Bayreuth performances of the symphony is of the legendary concert that reopened the Bayreuth Festival after the war, in 1951, with Wilhelm Furtwängler on the rostrum. That recording was released for the first time, officially and uncut, by Orfeo in association with the Bayreuth Festival in 2008 (C754081). In 1954, Furtwängler conducted the Ninth a second time (ORFEO C851121).
Much less well-known and issued here for the first time in a live recording is a performance conducted by Karl Böhm in 1963 to mark the 150th anniversary of Richard Wagner’s birth and the 80th anniversary of his death. Here we witness the emergence of a new musical generation. Böhm had made his Bayreuth debut the year before with Tristan, which he returned to in 1963, additionally taking over Meistersinger the following year and the Ring in 1965; he thus became one of the defining Bayreuth conductors of the 60s. Böhm chose a version with the orchestra retouched in places by Wagner himself and with a much strengthened choir of 217 singers. The performance is nevertheless poles apart from the pathos and impulsive exuberance of Furtwängler’s interpretative style of the previous decade. Böhm’s conducting is extraordinarily concentrated, collected, rigorous in its forward impetus, and as a result liberating and, on another level, enthralling – thanks in part also to a glittering quartet of soloists: Gundula Janowitz, Grace Bumbry, Jess Thomas and George London, some of the best voices at Bayreuth in those years.
Performance styles having changed greatly in the past few decades, this recording is a fine opportunity to rediscover the virtues of the immediately preceding period...