Pavol Breslik's career began in 2005 when he was named "Young Singer of the Year" in the Opernwelt magazine's critics' survey. After 3 years in the ensemble at the Staatsoper Unter den Linden in Berlin he has been freelance since 2006 and sings regularly at the major European opera houses and festivals as well as at the Metropolitan Opera New York. At the Vienna State Opera he sang Lenski, Nemorino and Alfredo, at the Bavarian State Opera he gave two important role debuts: Gennaro in Lucrezia Borgia alongside Edita Gruberova and Edgardo in Lucia di Lammermoor with Diana Damrau. He also sang Alfredo, Nemorino, Tamino, Belmonte, Lenski, Idamante, Narraboth, Cassio, Rinuccio (Gianni Schicci), Henry Morosus (Schweigsame Frau) and most recently Hans (Verkaufte Braut). At London's Covent Garden he appeared as Lenski, Ferrando, Tamino and Don Ottavio. At Zurich Opera he sang Stewa, Don Ottavio, Faust, Roberto Devereux, Nadir, Peter Quint, Alfredo Germont, Macduff, Belmonte, Nemorino and Lenski. He has also appeared at the Paris Opera, the Liceu Barcelona, the Théâtre Royal de la Monnaie, the Berlin State Opera, the Salzburg Festival, Aix-en-Provence and the Geneva Grand Théâtre. At Opera Sydney he made his Australian debut as Nadir (Les pêcheurs de perles) and recently sang his first Romeo with the Tasmanian Symphony Orchestra. Pavol Breslik is also a renowned concert singer. Under the direction of Thomas Hengelbrock, Pavol Breslik sang at the opening concert of the Hamburg Elbphilharmonie. Pavol Breslik opened the Vienna Opera Ball in 2018 and in the same year sang at the New Year's Concert in Dresden's Semperoper under Christian Thielemann. Milestones in his career as a song interpreter were his recitals at the Schubertiade and at Wigmore Hall.

In the current season Breslik gave his role debut as Hans in “Bartered Bride”in Munich and Dresden and gave guest performances at the Met as Don Ottavio. At the end of the season he sang Narraboth in the new Salome at the Bavarian State Opera.

Plans in the current season include:

Fenton in the new production of "Lustigen Weiber" at the Staatsoper Berlin, Edwin in the new "Csardasfürstin" in Zurich, Duca in "Rigoletto" at the Semperoper Dresden and a major concert tour with "Christus am Oelberg" with Sir Simon Rattle and the LSO.

Janáček: The Diary Of One Who Disappeare... 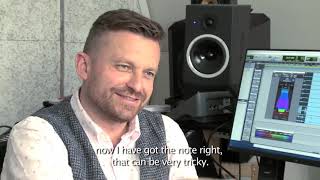