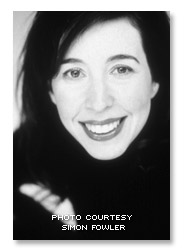 Hewitt’s father was a distinguished organist from Yorkshire. When offered the choice of being assistant organist at Westminster Abbey or organist of Ottawa Cathedral he chose the latter, leaving England in 1931. As a child Angela Hewitt also played the violin and recorder, and took ballet lessons, but her first piano recital was nevertheless given at the age of seven where she played Bach inventions. From the age of six Hewitt studied at the Royal Conservatory of Music in Ottawa, remaining for nine years and graduating at eighteen with a Bachelor of Music degree. Hewitt then studied with Jean-Paul Sevilla at the University of Ottawa, although she credits her father for having had most musical influence on her. Two years later she decided to go to Paris, living in a studio at the Cité des Arts and eventually staying for seven years. During this time Hewitt joined the competition circuit, taking part in the Dino Ciani Competition in Milan, the Casadesus Competition in Cleveland, the Schumann Competition in Zwickau, and the International Bach Competitions in Leipzig and Washington DC. Hewitt made her New York debut at Alice Tully Hall and won first place at the Viotti Competition in Vercelli, Italy, but it was her first place in the 1985 Toronto Bach Competition that secured her position as an eminent Bach player. Added exposure was gained with a recording for Deutsche Grammophon which was part of the Competition first prize. Since then Hewitt has played throughout North America and Europe (making her London debut at the Wigmore Hall), Russia, Japan, Australia, Mexico and China. In 1995 she was awarded an honorary doctorate from the University of Ottawa and two years later the Key to the City of Ottawa.

Hewitt’s style of Bach playing is certainly more in the fashion of Tatyana Nikolayeva and Richard Goode than that of her compatriot Glenn Gould. What she brings to Bach is lucidity, grace, style and poise, nor does she play the piano as if it were a harpsichord. Early recordings for CBC include three Bach keyboard concertos, whilst her disc for Deutsche Grammophon made as a result of winning the Toronto Bach Competition is a Bach recital including the Italian Concerto BWV 971, the C minor Toccata BWV 911, Four Duets BWV 802–805 and the English Suite No. 6 in D minor BWV 811. No further discs followed from Deutsche Grammophon.

Hewitt decided to make a recording at her own expense of Bach’s inventions. She had previously approached Ted Perry of Hyperion Records, but he was already recording Bach played by Tatyana Nikolayeva. A second approach was successful, because Nikolayeva had died in the interim. Perry now accepted Hewitt and in 1994 she was signed up to record the major works of Bach. It has been these recordings that have placed her in the spotlight and catapulted her into the forefront of world pianists, becoming a major Bach player of the day. It is unfortunate however that a record critic should have described her as ‘The pianist who will define Bach performance on the piano for years to come’, for there are great Bach interpreters such as Tatyana Nikolayeva, András Schiff and Richard Goode who are precluded by such remarks. Hewitt does not restrict herself to Bach alone and has recorded works by Messiaen and Granados whilst a recent project includes some discs of Couperin. Hewitt has also recorded the complete solo works of Ravel on two compact discs where her stylistic approach stems from Bach rather than Liszt. The playing is cool and clear, but lacks weight and substance. Fanfare magazine found it ‘…a bit too underplayed and untheatrical in several major works’, but the American Record Guide published a damning review describing the recording as ‘…very disappointing and best forgotten’.

For Hyperion, Hewitt has already recorded Bach’s inventions, English and French Suites, partitas, Das wohltemperierte Klavier and the ‘Goldberg’ Variations. The programming of these compact discs also incorporates less familiar works by Bach such as the Sonata in D minor BWV 964, three sets of ‘little’ preludes and the Capriccio in E major BWV 993 which is a highlight along with the French Overture in B minor BWV 831. All have received the highest of critical praise and reference is often made to the dance-like quality Hewitt brings to these works.