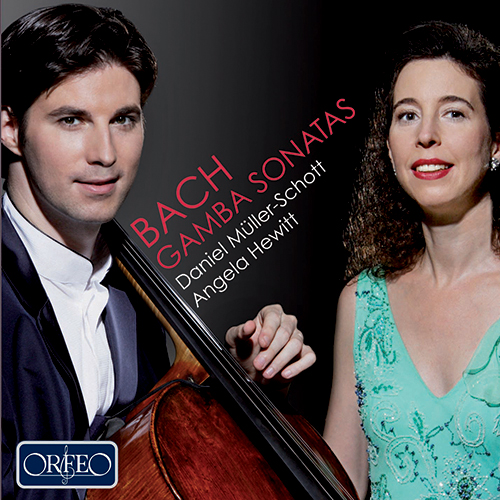 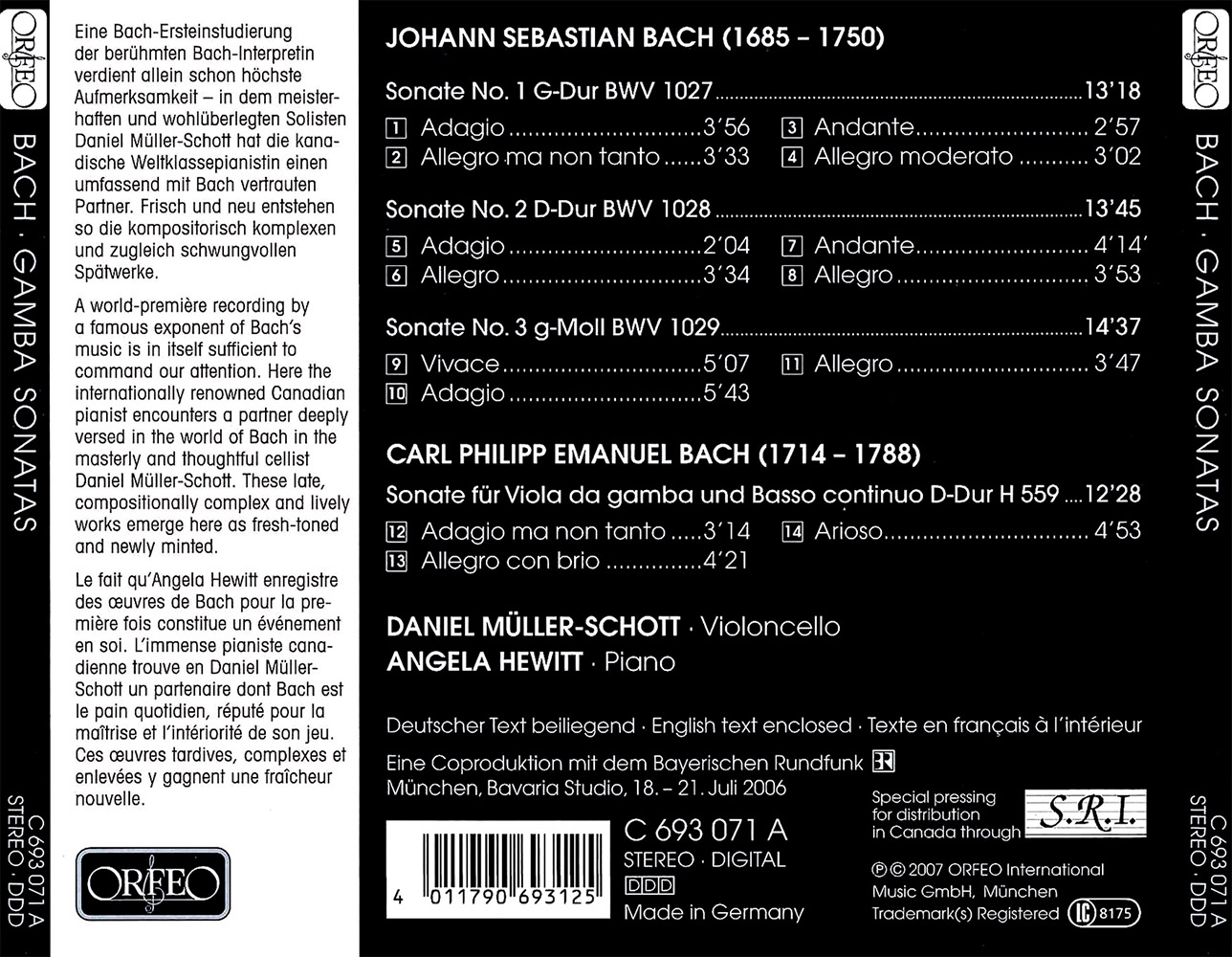 may be to date Johann Sebastian Bach's Gamba Sonatas BWV 1027–9 and ascribe them to a particular period in their creator's career, these are none the less delightful works from the point of view of their performers, whose task it is to take account of and realize as flexibly as possible the composer's compositional borrowings from both the trio sonata as a genre and forms such as the concerto and aria that encroach on the world of the orchestra. Motivically, too, the listener will be reminded more than once of the Brandenburg Concertos.

It is difficult to imagine two performers better suited than Angela Hewitt and Daniel Müller-Schott to achieving a felicitous balance between the chamber-like aspects of these works and their concerto-like ambitions. The Canadian pianist is entirely familiar with all Bach's works for solo keyboard, while the German cellist is equally at home in all the great concertos as well as the chamber repertory.
Angela Hewitt and Daniel Müller-Schott rehearsing
Foto: Peter Hundert
Together they have recorded Bach's three gamba sonatas for Orfeo in addition to the Sonata for viola da gamba and continuo H 559 by the “Hamburg" Bach, Carl Philipp Emanuel, a work that is set apart from his father's sonatas by dint of its simple and memorable melodic writing as well as its ornaments and virtuoso effects, all of which are intended to be treated more freely and more playfully than those of Johann Sebastian himself. In all these sonatas, the individual voices are interwoven and interlocked in a state of constant dialogue with one another, sometimes intervening contrapuntally, sometimes gently understated. Their timeless modernity clearly gives pleasure not only to Angela Hewitt at the piano and Daniel Müller-Schott on the cello, but elicits a similar response in the listener, whose attentiveness and delight in these mercurial pieces is bound to be sustained over the entire length of the present CD.