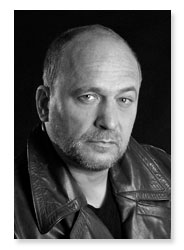 Born in Heilbronn, Germany, Falk Struckmann has appeared at all the important opera houses and festivals throughout the world. He made his début at the Bayreuth Festival in 1993 as Kurwenal under Daniel Barenboim.

In the following years he worked mainly at the Staatsoper Berlin, where he sang in new productions of Der fliegende Holländer, Lohengrin, Die Meistersinger von Nürnberg, Der Ring des Nibelungen, Parsifal, Fidelio and Elektra. Further engagements include Salome and Wozzeck. He made his début at La Scala in the 1990s as Siegfried and at the New York Met as Wozzeck. He has sung in numerous premières at the Vienna State Opera and was awarded the title Kammersänger by both the Vienna and the Berlin State Opera Companies.