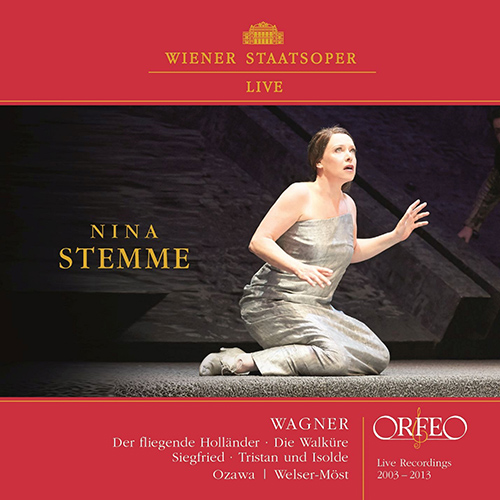 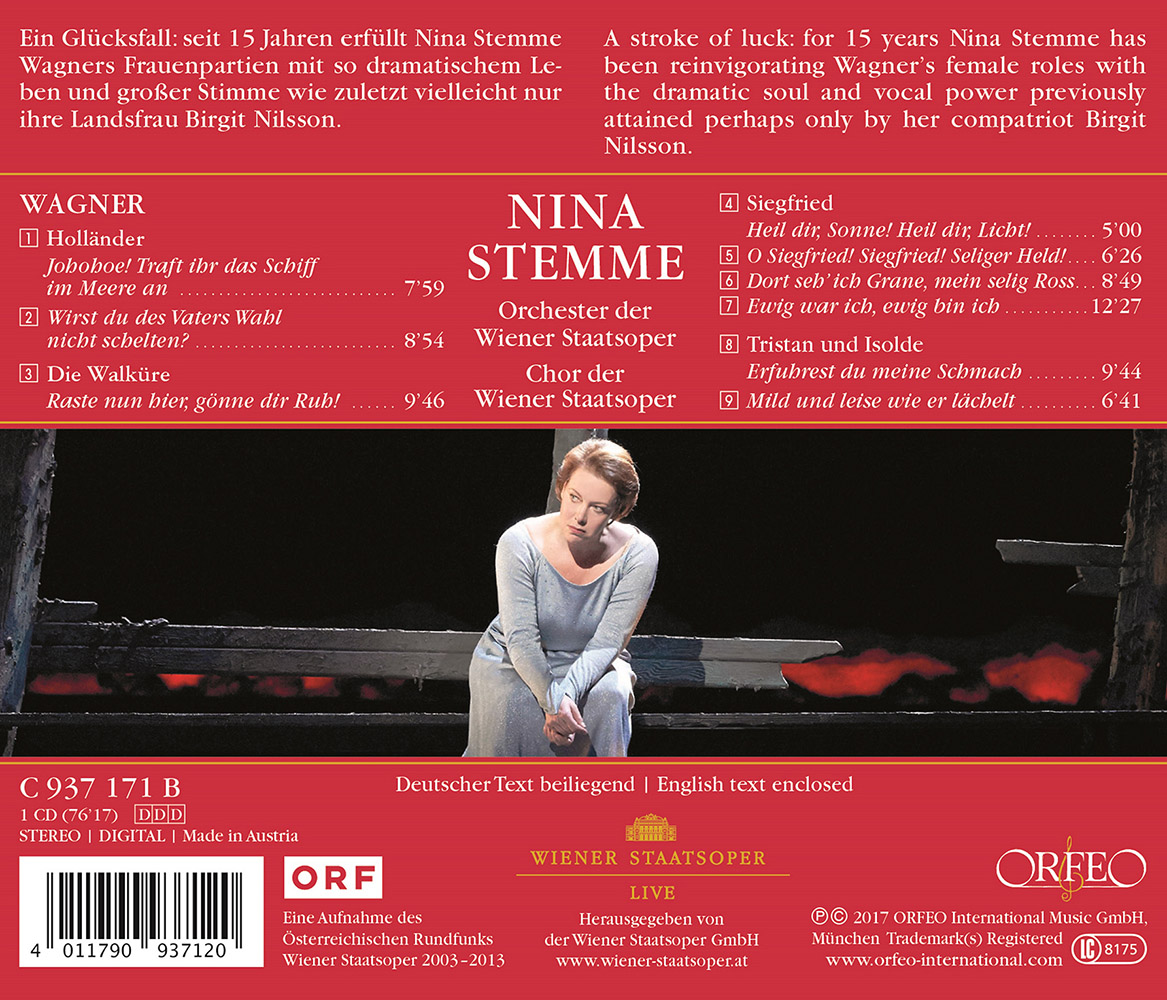 In the erratic and often short-lived field of vocal Barts and opera within the already uncertain music business it is still occasionally possible and so heart-warming to experience an exceptional artist with a more permanent and positive future: the Swedish-born singer Nina Stemme is just such an artist. For the past fifteen years or so she has been enhancing the great music venues around the world with impressive continuity while growing in artistic maturity in the challenging, great, dramatic soprano roles. In the course of that journey, she has attained enormous recognition from critics and audiences alike around the world, both for the abundance and assertiveness of her truly remarkable, well-balanced and eloquent voice, and for her dramatic presence on stage in portraying such a plethora of roles. Orfeo is proud, together with the Vienna State Opera, to release her very first purely operatic solo CD of her performances there, in the great Wagner roles.

The first number features Senta, a role with which she made her acclaimed Viennese debut in 2003 in the new version of The Flying Dutchman under Seiji Ozawa, including the Ballad of Senta which so captivated the audience. In a continuation of the Ring recording already released on Orfeo C875131 featuring the whole of Act I of The Valkyrie under Franz Welser-Möst with Johan Botha, this CD contains another scene in a role so well suited to her: that of a passionate Sieglinde. And from the next part of the tetralogy there is an impressive example of how she has grown into roles considered to be the pinnacle of virtuosic technique in the form of an even more dramatic Brünnhilde, in an extensive excerpt from Act III of Siegfried with Stephen Gould as Siegfried in 2008 – which arouse considerable expectations of the current Ring Cycle at the Bavarian State Opera. Lastly, again under the baton of Welser-Möst, an excerpt from Act I of Tristan and Isolde together with the all-demanding final song by Isolde from 2013. And at this juncture perhaps it is justified to assert that Nina Stemme demonstrates, both here and in her portrayal of Brünnhilde, even greater softness and grace than her great predecessor and compatriot Birgit Nilsson, with whom she is now respectfully compared.