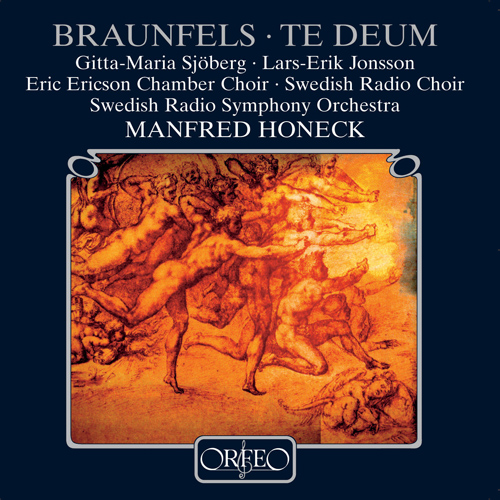 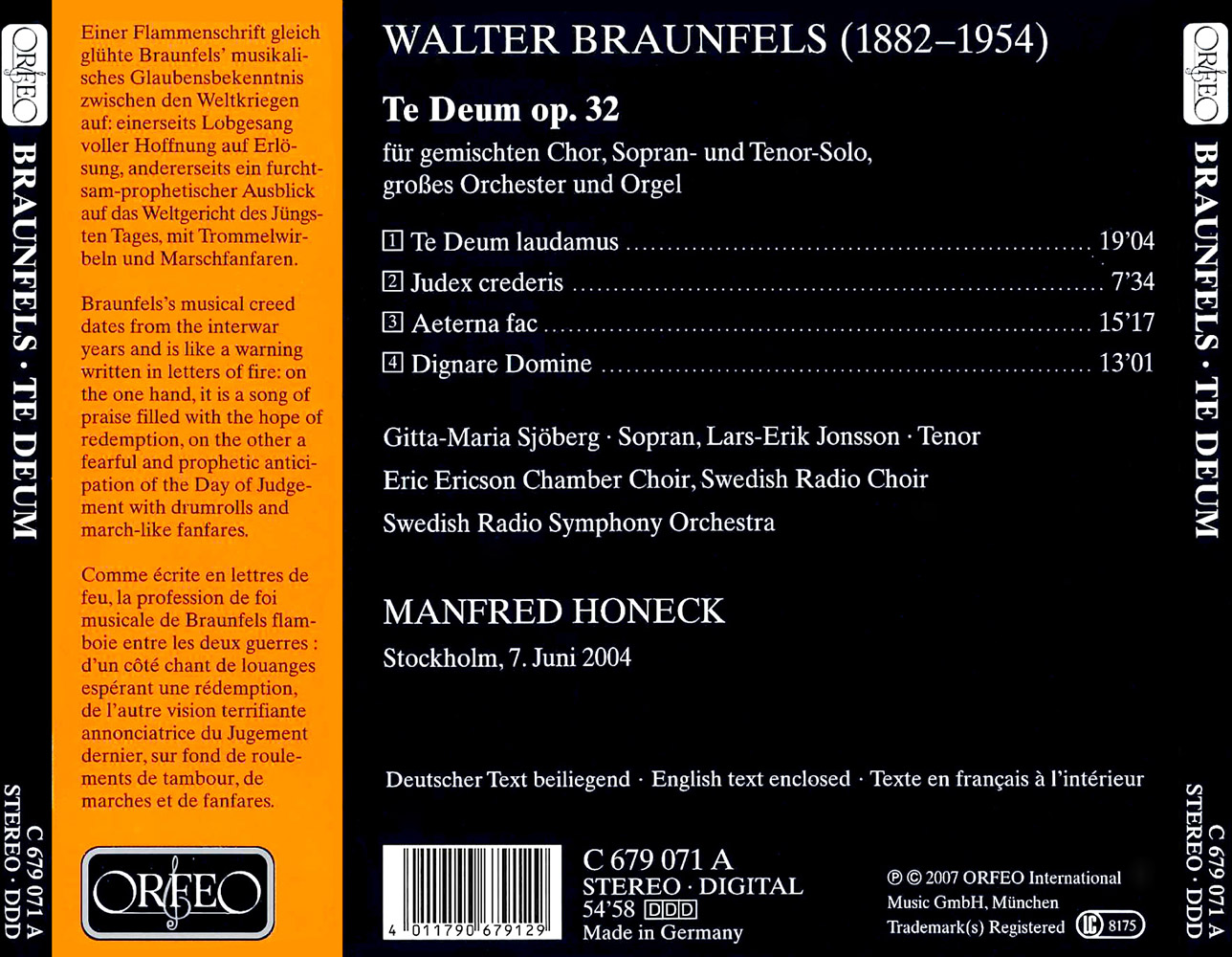 The reputation that Walter Braunfels enjoys today still falls far short of the high regard in which he was held during the 1920s, when he was seen as one of Germany‘s leading composers, his name frequently mentioned in the same breath as those of Richard Strauss and Franz Schreker. As with Schreker, the National Socialists‘ stigmatization of his music as „degenerate“ has done him and his works immeasurable harm. Even his greatest successes, including his Aristophanic opera Die Vögel, were suppressed after 1933, and although he was rehabilitated after 1945, he was unable to repeat his earlier triumphs. There is an especially bitter irony to the fact that one of his greatest successes during his lifetime, his e Deum op. 32, was written in the context of his conversion to Catholicism as a response to the horrors of the First World War. This is a large-scale choral work filled with reminiscences of Wagner, but unlike Parsifal, Braunfels‘s music does not subscribe to the idea of art as a form of religious worship. The awed and awe-inspiring sounds, the threatening march rhythms heralding the Day of Judgement and the passages which, filled with hope, hold out the promise of redemption in Paradise – all of this is clothed in a compelling musical form that goes far beyond the piece‘s historical background. Its opening creates the impression of a magnificent cathedral build from sound, after which the listener is caught up in a floodtide of melody and flickering visions of apocalyptic horror before finally reaching an island inhabited by the elect and by the guilelessly happy, their praise couched in a language of lyrical simplicity, its expressive arsenal reduced to atmospheric a cappella writing and an eloquent oboe solo. Under the baton of Stuttgart‘s new general music director, Manfred Honeck, who has already conducted a concert performance of the world première of Braunfels‘s final opera, Szenen aus dem Leben der Heiligen Johanna in Stockholm, Orfeo is pleased to release this recording with the Swedish Radio Symphony Orchestra, the Swedish Radio Chorus and the Eric Ericson Chamber Choir. The vocal soloists are the soprano Gitta-Maria Sjöberg and the tenor Lars-Erik Jonsson, both of whom rise to the challenge of their demanding parts with their mixture of inwardness and expressive power. It comes as no surprise to learn that Manfred Honeck and the Swedish Radio Symphony Orchestra have been hugely acclaimed throughout Europe and further afield, such is the power of this live recording from Stockholm‘s Berwald Hall.