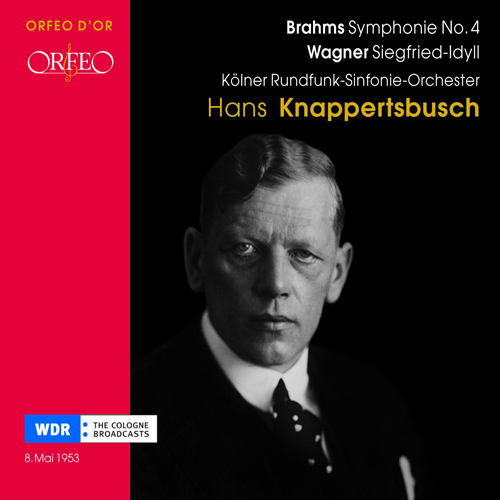 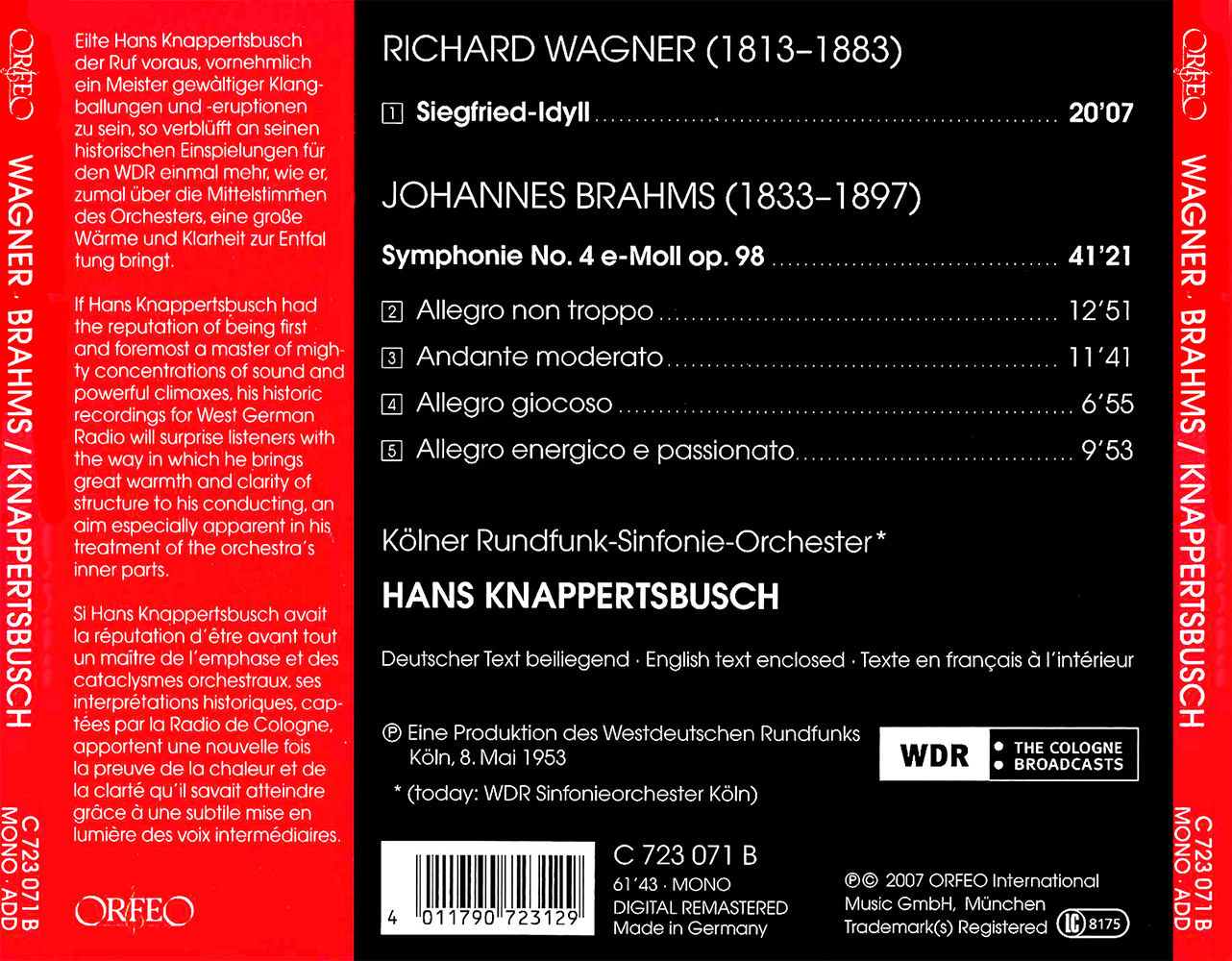 So many anecdotes have grown up around the figure of Hans Knappertsbusch and so many remarks have been attributed to him, some of them amusing, others unrepeatably risqué, that it is all too easy to forget what a distinguished conductor he was: not only was he capable of unleashing the most powerfully elemental waves of sound, especially on Bayreuth’s Green Hill, he also had a very different side to him, a side acknowledged by a critic who wrote enthusiastically of „Wagner’s gentle natural lyricism“ in the Siegfried Idyll, which Knappertsbusch conducted at a concert in Cologne in 1953, laying bare its filigree textures and opening up its contrapuntal lines in a way that allowed them to breathe.

The parallel studio recording with the Cologne Radio Symphony Orchestra (now the West German Radio Symphony Orchestra of Cologne) allows today’s listeners a chance to relive this impression. No less direct and immediate is the „intoxication of creative reinterpretation“ that the same critic observed in Knappertsbusch’s performance of Brahms’s Fourth Symphony. Here the conductor makes it abundantly plain that musical tension can be produced not only by dissonances and their resolution but also from the shifting relationship between motion and stasis. After the sometimes disconcerting way in which he holds back at the beginning, making the upbeats seem halting and hesitant or unnaturally pronounced, at least by the third movement he is exploring to the full the contrasts in the dynamics and instrumentation. In the final passacaglia, the variations succeed one another in so highly elaborate a manner, before being piled on top of each other as though unwillingly, that the fatalistic ending almost seems like a gigantic pack of cards collapsing. It was moments such as these that revealed Knappertsbusch as a genuine architect on the conductor’s podium long before the champions of a more analytical approach to music-making – an approach that sometimes amounts to no more than spelling out the notes on the printed page – had laid claim to this territory. This circumstance gives a deeper meaning to a comment often attributed to Knappertsbusch by writers concerned above all to amuse their readers and which he is alleged to have made when asked why, unlike so many other maestros, he did not conduct from memory: „I know how to read music.“