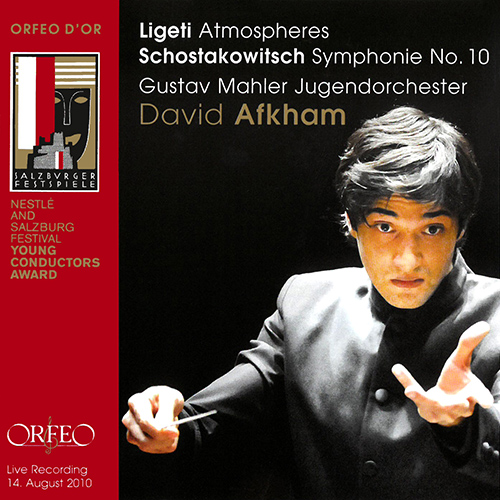 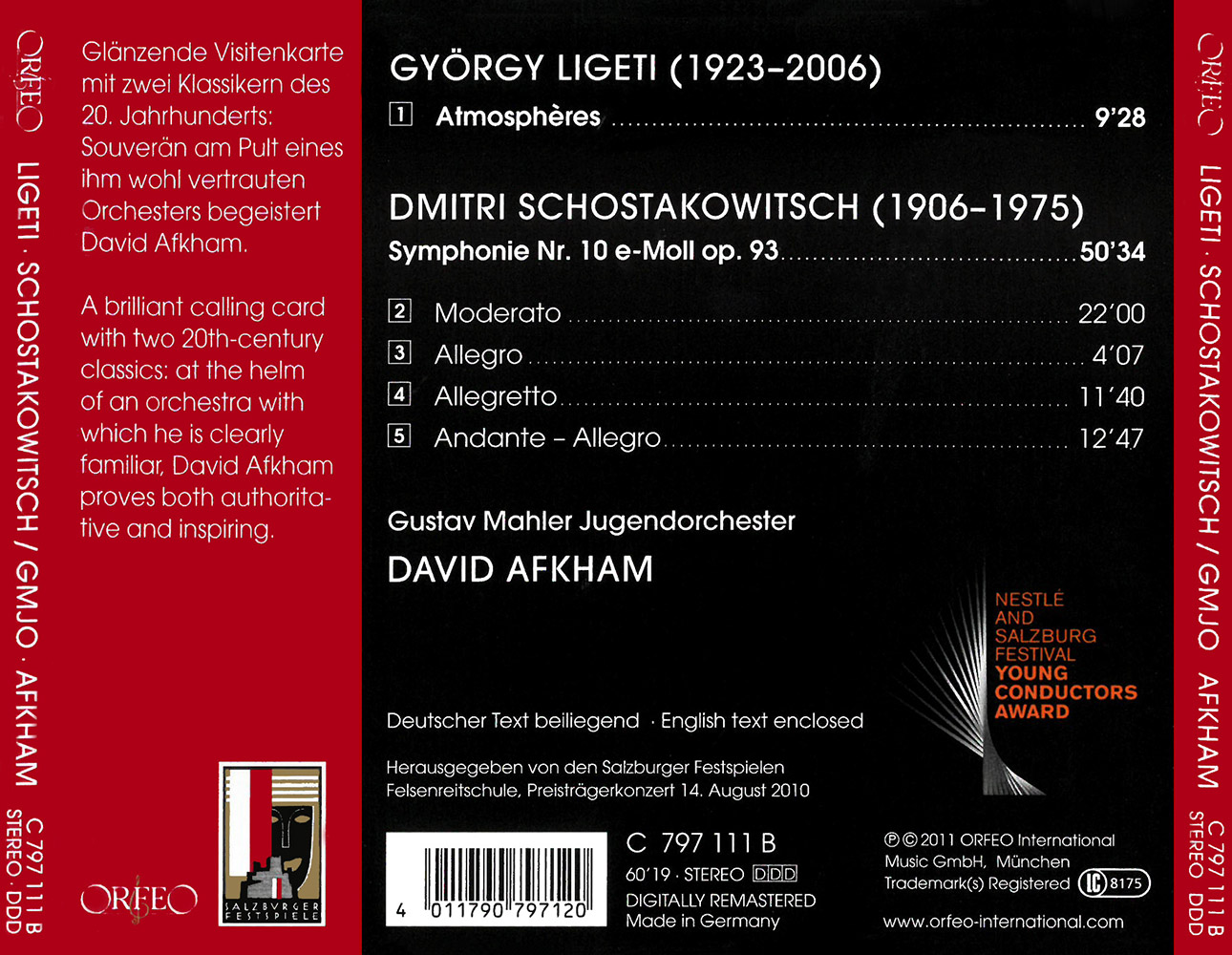 Among the new generation of young conductors who have proved an international sensation, the German maestro David Afkham stands out for several different reasons. He was born in Freiburg in 1983 and now lives in Berlin. Not only did he very quickly become a member of the Conductors' Forum of the German Music Council and the first conductor to receive a scholarship from the Bernard Haitink Fund for Young Talents, he is also the first conductor to win the Nestlé and Salzburg Festival Young Conductors Award, which he received at the 2010 Festival after seeing off more than eighty rivals.

At the final concert he conducted both the Gustav Mahler Youth Orchestra, of which he is currently the assistant conductor, and the London Symphony Orchestra. No less impressive is the fact that he has already appeared in the United States with some of that country's leading orchestras, including the Los Angeles Philharmonic, while his European engagements include appearances with the Zurich Tonhalle Orchestra and the Orchestre National de Radio France. It scarcely needs to be added that many other orchestras of international standing have already signed up David Afkham since his victory in Salzburg. His repertory, moreover, extends far beyond the limits of the Classical and Romantic periods and even beyond the Second Viennese School.

Presentation of the Orfeo-CD
Foto: Wildbild
It was with two 20th-century classics that he shone in Salzburg in 2010: György Ligeti's Atmosphères for large orchestra and Shostakovich's Tenth Symphony in E minor op. 93. It is clear from the present live recording of the first of these pieces with the Gustav Mahler Youth Orchestra that David Afkham's ability to handle the work's wide range of sonorities is second to none. Ligeti's divides up the orchestral voices in extremely varied ways, achieving a multi-dimensionality that finds perfect expression in David Afkham's performance, whether in denser or lighter textures. With its sense of turmoil and lamentation and its climactic, if ambiguous, mood of celebration, Shostakovich's Tenth Symphony dates from the years of the political “thaw” in the Soviet Union. David Afkham's interpretation is notable for its overview and for its sense of moderation with no hankering after empty effects. That his realization of this programme is so well thought through augurs well for the future and makes one doubly curious to see how his career will develop as a conductor.