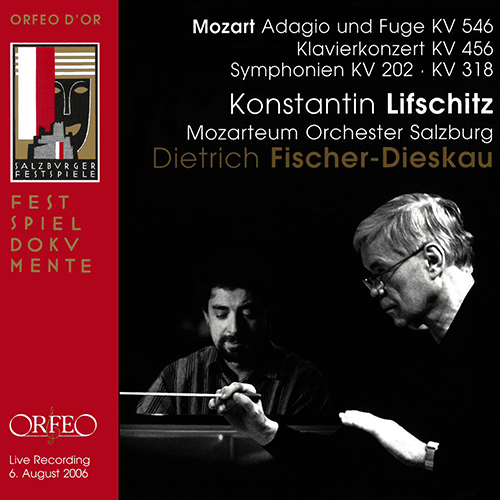 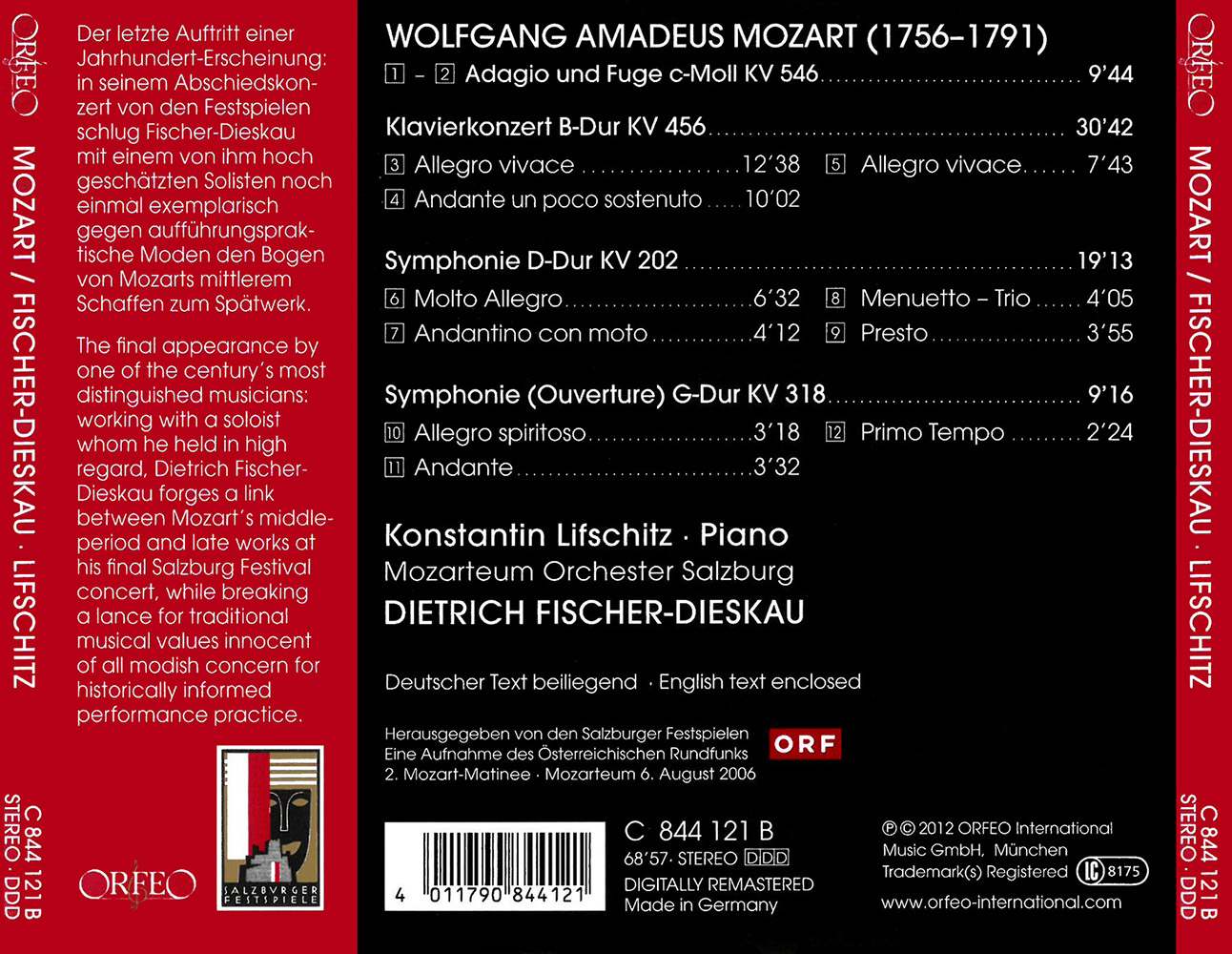 However spectacular the Salzburg Festival may be, and however indebted to international stars, it is also remarkable for the sense of continuity it has shown over the years. This is a fact tinged with melancholy when one considers the half-century in which Dietrich Fischer-Dieskau played a determining role at the Festival as singer, reciter and as conductor. His last concert in Salzburg, in which he conducted the Mozarteum Orchestra, is now available in the CD series Festival Documents. In a concert devoted entirely to Mozart, the pianist Konstantin Lifschitz was not just a soloist but a real partner in dialogue in the Piano Concerto K 456. The concert begins in solemn fashion with the Adagio and Fugue K 546 and ends in elation with the “Italian” Symphony K 202.