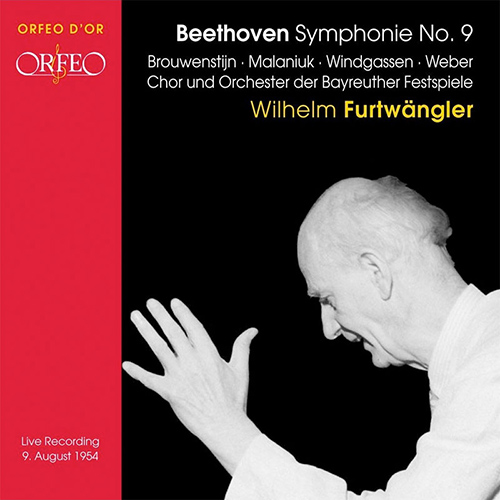 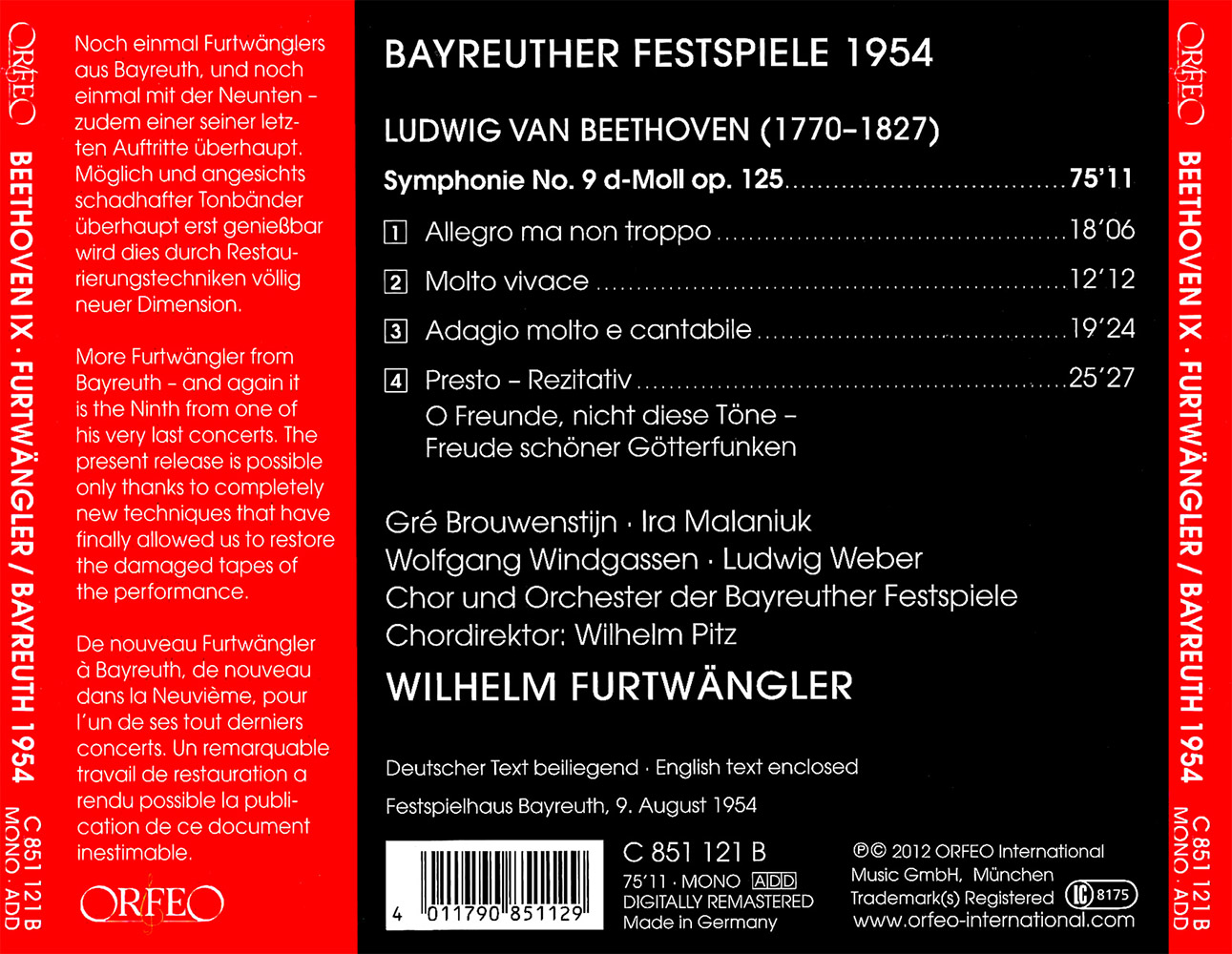 Beethoven’s 9th Symphony remains to this day the only work that does not belong to the Bayreuth canon – “Wagner’s Ten”, so to speak – and yet has nevertheless been performed on the Green Hill along with them. Both within and without the Bayreuth walls, the performance history of this symphony is associated with no conductor more than with Wilhelm Furtwängler. The opening performance of the first post-War Bayreuth Festival in 1951 was of Beethoven’s Ninth under Furtwängler, and there already exists an Orfeo release based on the original radio broadcast. Several technical hurdles had to be overcome before the performance of 1954 could also be released on CD, however, for none of the accessible sources could be prepared satisfactorily without employing the most modern mastering possibilities. The result is undoubtedly a vital document: both for those interested in the history of the Bayreuth Festival and for those who are enthused by the concurrent continuity and constant change that is a hallmark of Wilhelm Furtwängler’s style of interpretation. This Ninth would be his farewell to Bayreuth and was in fact one of his very last concerts anywhere, for it took place just three months before his death. Its interpretation is more direct and less ceremonial than in earlier recordings under this great conductor. In the last bars of this symphony’s famous choral finale he achieves a climax not just through his scorching pace, but also through a well-nigh breathless intensification of the musical content. The Bayreuth Festival Chorus and Orchestra and the solo quartet (led by the Dutch soprano Gré Brouwenstijn, here in magnificent voice) follow the maestro’s beat even here with an unmistakeable sense of tension and the utmost, unrelenting attention. It is surely herein that lies the secret of the fascination that Furtwängler exudes to this day. As perhaps no other conductor he always understood how to avoid the routine in the works that he conducted so many times. Instead he was time and again able to summon up and maintain an awareness of them as something extraordinary and unique: for himself, his fellow musicians and his listeners.